ZEUS: WHO’S IT ACTUALLY FOR? 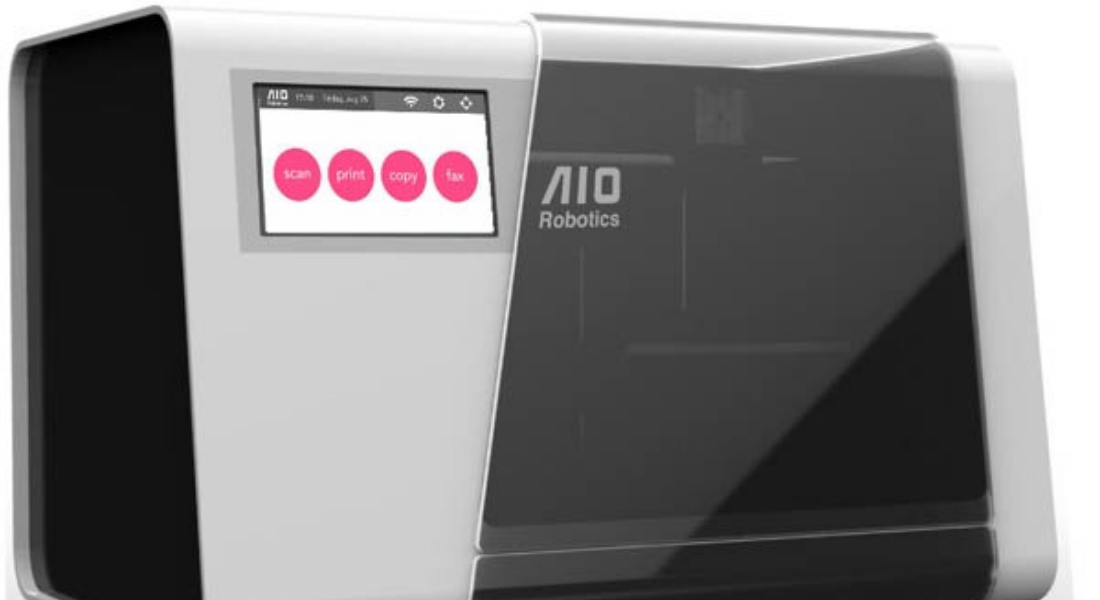 It is indicative of the 3D printing fever that has gripped the nation over the past year or two, that Zeus – the first device that allows users to 3D scan, 3D print, 3D copy and 3D fax from the same unit – has already surpassed its $100,000 Kickstarter target with 21 days left to go. As Zeus’s team takes its next step in its mission to ‘revolutionise the 3D printing industry,’ we ask – who is Zeus actually for?

For those of you unfamiliar with the concept, imagine your standard 2D printer-scanner-copier-fax machine. Zeus functions in a similar way, but instead of printing-scanning-copying and faxing 2D, paper-based documents, it allows you to do so with 3D objects.

With a $2,499 price tag, Zeus will be in the consumer 3D printing market and if the technology works, it will have undeniable potential to create easier access to manufacturing for the masses.

But why does anyone need to be able to ‘fax’ 3D objects from one place to the other?

Well, perhaps it could be used by international design teams working on projects in tandem to speed up the design process, for example. Or maybe its greatest benefit could be to those in developing nations; Zeus could be used by those living in remote locations to receive ‘faxed’ models of everyday or even life-saving products from others around the world.

Obviously it has a great many uses, then, so what’s the problem?

My issue with it is its consumer aim; much of Zeus’s Kickstarter pitch implies that it wants to be as consumer facing as your average at-home desktop inkjet 2D printer. From the small child used in its promo video, to its Kickstarter blurb that rather confidently describes it as a ‘stunningly beautiful product…beautifully displayed and used in any environment’ (you can decide whether or not you agree with that).

Whereas many of the other ‘affordable’ 3D printers on Kickstarter have needed to be built before they can be used, Zeus claims it will be ready straight out of the box so that you can plug and play ‘just as you would with any other piece of consumer electronics’. This will make it instantly more attractive to most consumers.

The Zeus team also says they will include their own, easy-to-use CAD software, though it doesn’t show any screenshots to demonstrate how it will work so we’ll have to wait and see.

But even if Zeus does everything that it promises to, I have to ask, what would the average consumer even use it for?

Before you begin dreaming of a Star Trek style device capable of printing anything that your heart desires, stop and remember that we are still many, many decades away from that reality. As it currently stands, 3D printing technology at the low end of the market isn’t anywhere near fast enough, high quality enough, or easy enough to use to fulfil that fantasy.

Anyone wanting a 3D printer for home use (whether Zeus or otherwise) should also consider whether or not they need to print so many objects. If you imagine how much you use your standard 2D printer and how much paper and ink you waste, consider the impact if you were to 3D print in plastic to the same degree. Will you actually make use of all of those plastic knick-knacks, or will they simply end up in landfill?

So who will actually end up using Zeus and other consumer-grade 3D printers like it?

In my opinion, the greatest audiences fall into two main categories: hobbyists and professionals such as architects, designers and engineers, who use 3D printers to make block prototypes or models. Although Zeus’s 3D print quality wouldn’t satisfy the average professional, perhaps the convenience of also being able to 3D scan, 3D copy and 3D fax from the same unit would make it worthwhile.

Don’t be fooled into thinking that Zeus is for the average consumer. As Signe Brewster writes in Gigaom, 3D printers are like DSLR cameras or computers – they take time and patience to learn how to use. Even with its plug-and-play functionality and touch screen interface, Zeus still won’t be easy to operate.

As technology develops, perhaps one day everyone will have a Zeus in their home, but until then, it will remain in the realm of the professional and the geek.