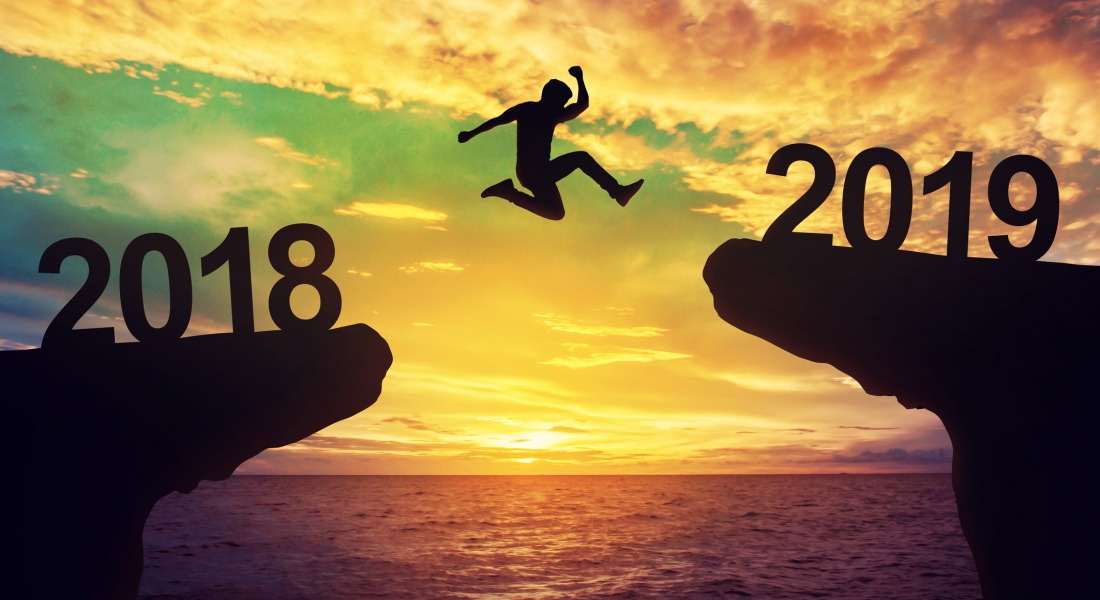 With everyone feeling philosophical at the start of a new year, I asked some of my colleagues what they thought 2019 might hold for businesses and PRs in terms of communications and trends. Read on for our combined thoughts or you can hear some of our predictions over on our YouTube channel.

I can’t start this without mentioning Brexit as we’re unlikely to see it falling off the news agenda any time soon. Like it or not, we are hurtling towards the March deadline for leaving the EU at breakneck speed. The dawning realisation that we might not have a deal in place by then seemed to really hit home at the end of 2018. Just this week we’ve seen trials for the logistics industry in Dover to see what delays we can expect in a no deal scenario. Businesses are now having to put contingency strategies in place, but they also need to be thinking about how they will communicate their way through Brexit.

What we know for sure is that the news agenda will be dominated by it. Just as opinion was sought from businesses when the UK first voted to leave, the early part of this year will see more opportunities for companies from all sectors to talk honestly about how they are preparing. Don’t shy away from being part of these conversations. Lots of companies have avoided discussing Brexit over the last couple of years but, as is always the case, journalists appreciate candid and timely comment. Helping them with their Brexit stories this year can build trust and lead to more opportunities to work with them in the future.

Last year we predicted that big tech companies were going to have to work hard to repair their reputations. To be fair, they tried, but once again the industry was in the spotlight due to more data scandals, including the monumental Cambridge Analytica debacle. The world watches tech companies like a hawk. Even in the first week of January, Apple’s announcement that sales were down sent shockwaves through the industry and set the tone for what could be a bumpy year for tech giants.

2018 really showed us that even companies that offer the ultimate in convenience for consumers, such as Amazon or Uber, are not above scrutiny. Ethics and a sense of purpose are becoming as important as price and ease of use. The essence of the business needs to be communicated by all tech brands trying to engage with its audiences, both B2C and B2B.

In fact, transparency, authenticity and relevance are key for all organisations, big and small, and not just tech. Less jargon, more humility. Less scattergun, more focus. From a PR perspective, the tone we use to tell our stories is as important as what we’re trying to say. We’re all people, whether we’re at work or not, so let’s talk to each other as such.

3. The influence of ‘influencers’

Marketers and PRs are just scratching the surface of how beneficial influencers can be in B2B communications campaigns. But in 2019 we’re likely to see much more collaboration between brands and influencers in this space.

In both B2C and B2B we’ll see brands getting better results from their influencer relations as more rigorous research and tests are put in place before deciding what constitutes an ‘influencer’. We’ve already seen consumer influencers being called out on social media. Tools such as Like-Wise, which uses artificial intelligence to detect and root out fake engagement in a user’s following, is just the start of cracking down on phoney engagement. Let’s hope this leads to more genuine B2C campaigns this year.

We haven’t seen that level of cynicism with B2B influencers yet, but in an industry that is constantly looking at ways to prove its value, PRs will need to justify why they are spending time and budget on using other channels to raise awareness.

The word ‘influencer’ means different things to different people, but in B2B it has certainly moved beyond just relating to journalists and analysts. Peer to peer influencing – working with individuals within businesses, who have been decision makers in their respective fields, makes campaigns much more targeted and relevant to the people that B2B organisations are trying to reach. Inviting these ‘influencers’ to contribute to content or attend panel events, for example, and encouraging them to share information across their networks is an authentic and compelling way of raising awareness and establishing thought leadership. And, as we’re the natural story tellers and conversation starters, this element of a communications strategy sits very comfortably with PR.

Measurement is, and to some extent always will be, a sticking point for PR. PR is about building awareness and reputations over the long term – and that’s something that is difficult to measure in numbers. Of course, there are ways of measuring perception and sentiment and these tools are used to good effect, but we also need to get better at capturing anecdotal evidence and using that as proof of value.

Agencies and businesses have to agree up front which indicators they want to use to measure what success looks like. With more agencies moving towards AMEC’s evaluation framework (something that we also use here at Fourth Day), we hope that 2019 will be the year when the framework is universally adopted.

Measurement doesn’t just fall to agencies though. People from across the business need to be sharing these stories. If someone reads about you and mentions it during a sales meeting or if you hire someone and they talked about your social media campaign in their interview – the marketing / PR team can’t capture that insight unless it’s shared. These anecdotes can be used by agencies and clients as key outcomes within the AMEC framework. Let’s make measurement a team effort this year!

This year will be a positive one for the term ‘PR’, thank goodness. Not so long ago there was a move to hide from the PR tag, mainly due to the desire to be all things to all people. Sticking ‘digital’ in front of everything was also done for the same reason. But we’ve come full circle. Digital is no longer a different world and PRs have realised that what they do – helping people and organisations to tell their stories, build relationships and improve their reputations – is extremely valuable, regardless of the channel. We are all delighted to be able to wear that PR badge with pride!

And 2019 will really give PR an opportunity to prove itself. Look at the backdrop on which we’re kicking off the year: global trade uncertainty, a political cross-roads, a continuing change in attitudes to the workplace and wellbeing, more scrutiny of business ethics, an uphill environmental struggle – the list is endless. But these are all stories that matter, to businesses and to us as people. And that’s what PRs and their clients must tap into, ensuring that they’re on the right side of the stories this year.