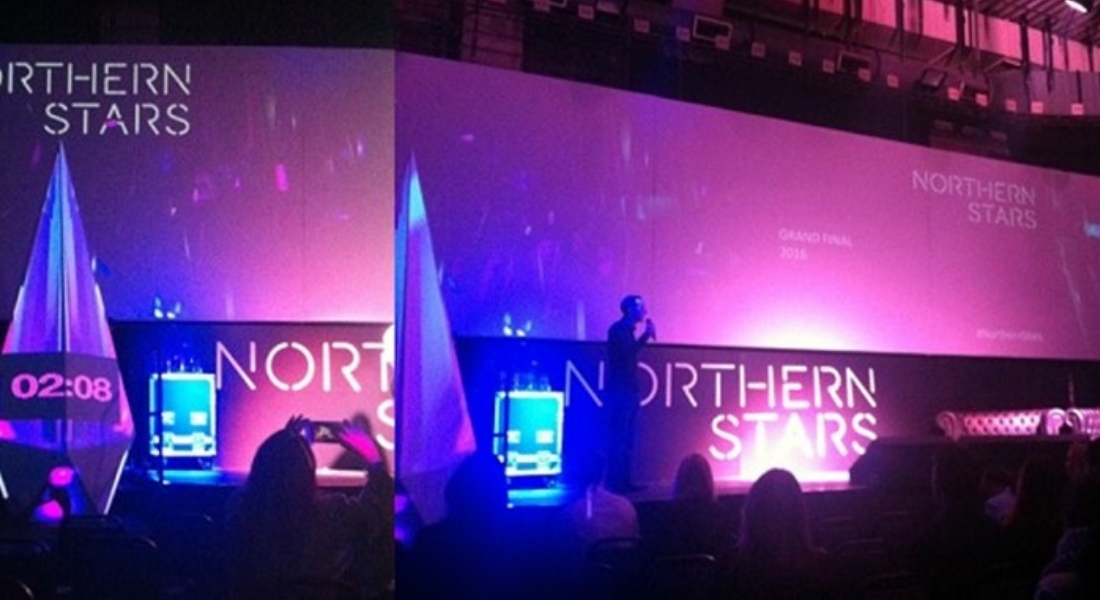 Tech North’s Northern Stars has been around for a while, and while my colleagues have always raved about it, I’ve failed to make it down every year. But this year there were no excuses. Even the miserable weather couldn’t put us off as Sapphire and I grabbed our umbrellas and headed from our Northern Quarter office, in Manchester, down to Old Granada Studios.

The premise of Northern Stars is simple – to showcase some of the best tech talent across the North. Yesterday’s Grand Final saw 20 of the best applicants whittled down to 10 following an intense 3-minute pitch. Contestants had to present their business model,  explain what made them unique and lay out their plans for future growth before receiving a grilling from three judges; Simon Calver of BGF Ventures, Karen Kerrigan of Seedrs and Harry Davies of Open Future North.

Chatting about who you are and what you do at a networking event is tough enough (the dreaded ‘elevator pitch’) so doing it in front of hundreds of people in three minutes is pretty terrifying. But I must say, I was genuinely really impressed with everyone who presented.

Whether it was an analytics platform, video analysis or augmented reality, each of the presenters had a huge amount of passion for their project – which is often half the battle!

It was great to see companies like Dream Agility on stage, who always bring such a great energy, as well as hearing from newer, earlier-stage companies.

As tough as it is to pick a personal favourite, I must say that ProxiSmart’s ParkingPerx were definitely up there – a beacon-based parking payment with retail rewards to make parking free. Working with a mixture of retail technology and analytics clients, I’ve been harping on about the correlation between parking and rejuvenating our high streets since The Portas Review back in 2011; and the alternative Grimsey Review that followed two years later.

Having also faffed about trying to park in Liverpool last week (with lots of back and forth between me and an automated voice recognition system) it seems obvious that ProxiSmart solves a common problem – helping out high streets and local authorities in the process.

All in all, a great afternoon out of the office which reaffirmed my knowledge that there is HEAPS of exciting stuff happening here, and lots of ideas bubbling away behind closed doors that are now ready to take it to the big leagues.

Congratulations to all this year’s winners – see you next year!