'A journey of change'- creative Manchester's path to digital prosperity 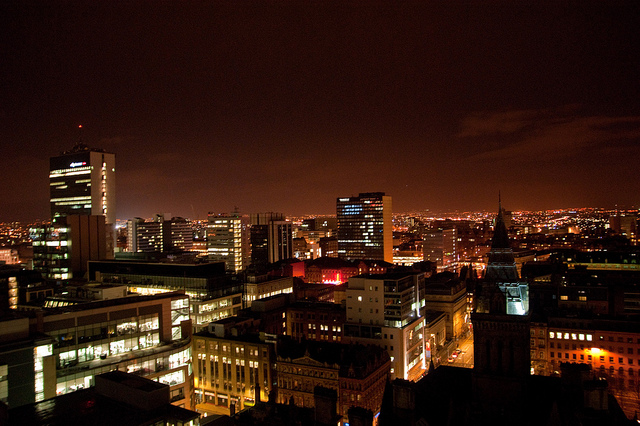 £76.9 billion per year. £8.8 million per hour. One in 11 jobs. They were the headline statistics on the value of the UK creative industries from a recent joint Creative England, IPA and IoD event in Manchester.

Here at Fourth Day, we like to get out and about. Our latest outing – Creative Manchester, a debate about the city’s future creative sector from industry leaders across all sectors from PR to film production, games design to government policy.

And the message was overwhelmingly positive – that Manchester’s digital community is thriving and growing faster than we’ve ever seen before. Home to the second largest creative cluster in Europe, there’s a lot to be excited about.

But the unanimous feeling from industry leaders here in the city is that we haven’t got enough skilled employees to meet the growing jobs gap.

Rose Marley, COO at digital hub The Sharp Project, said: “The creative digital sector is growing exponentially but we haven’t got the people to fill the jobs. That’s what we’ve got to be careful of in Manchester – that it’s not all hot air and no substance.

“We need to do things differently. We’ve got a council that’s visionary and receptive to this sector. It’s about growing our young people and shaping their work ethic, but if creative businesses can’t get the skills, they’re not going to stay.

“We’ve got the talent at entry level but a significant gap between,” she added.

Paul Newman, director of communications at the Peel Group, which owns Salford-based digital complex MediaCityUK, said we need to be giving more young people a chance and celebrating willpower.

“We underestimate our young people. Drive, determination and passion are those assets you look for in the people who’ll come to your office and demand a job,” he said.

“A lot of them just need pointing in the right direction. There’s huge optimism because we’ve got some incredible companies and lots of talented young people, but just not enough of them.”

In a rousing speech about Manchester’s transformation from industrial birthplace to digital homeland, Jessica Bowles, head of policy partnerships and research at Manchester City Council said we’ve also got to make Manchester a great place to live.

“Astronomical growth in our young people feeds back in a really virtuous circle to the creative industry, but what’s the future of mid size cities like Manchester when you’ve got the rise of mega cities sucking our jobs and investment?” she asked.

“We need to think about the distinctive attributes that make us different, our links between cities across world, but most importantly, creating a liveable human city where the best employees are being attracted to do work in them.”

Talking about how we’ve seen the number of people living in the city centre rise from 500 in the early 1990s to 30,000+ in 2015, Jessica said that it’s our lifestyle, housing, jobs and good transport links that have made Manchester an attractive place to live.

“The digital and creative industries are definitely key attributes for the northern powerhouse cities.

“This is a city that is on a journey of change. We need to make sure we do that by drawing on the strengths of our city and make sure Mancunians are part of that.”

We like Jessica’s message of Manchester being on a journey of change. We’ve only got to look to the city just two decades ago to see how far we’ve come. And we’re incredibly excited for the next two decades!