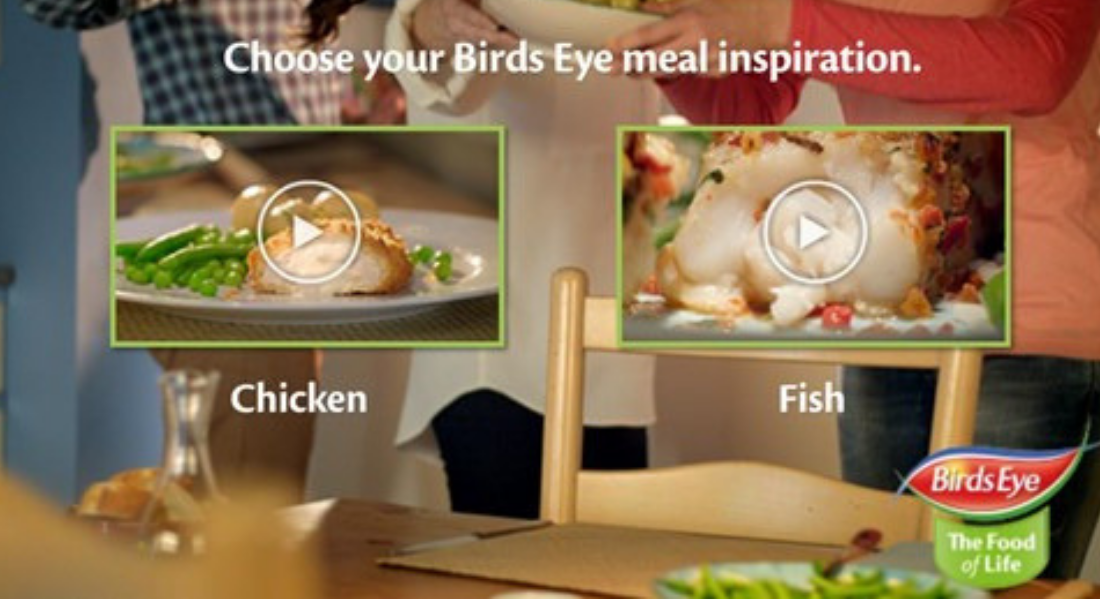 Personally, I don’t tend to watch too much television. There are too many things that annoy me about it. There is so much choice of programming but the majority of it is absolute rubbish (hands up if you’ve been sucked in ‘Marry me Harry’ or ‘Keeping up with the Kardashians’ as my sisters have!) I prefer to choose what I watch and when I want to watch it, so I do most of my viewing with video on demand (VOD) channels such as 4oD and ITV Player.

Not only do I have the choice and freedom of watching what I want, but I have noticed the improvements of their advertising breaks compared with ad breaks on TV. They don’t last as long as TV ad breaks and provide a level of interactivity that doesn’t annoy the viewer as much. In particular, VOD ads are now giving the viewer the choice to choose which adverts they want to watch. This is where it gets exciting for the consumer and the advertiser.

The basic premise is that the audience can choose from two or three variations of a particular brand’s advert. So on screen, the first thing the audience sees is a title page with the brand logo (Chanel, for example) and screen shots of the adverts to choose from (Chanel has three adverts for different perfumes from their ‘Chance’ range). The audience has up to 20 seconds to choose an advert. The reason I like this concept from a consumer perspective is that it adds variation, rather than watching the same advertisement for months on end.

From a media professional’s point of view I think these adverts are a great idea. The beauty of the title page is that if the viewer doesn’t choose an advert they are left staring at the brand logo for 20 seconds, and then automatically taken to a 20 second advertisement. That’s 40 seconds worth of brand exposure to the consumer and at a lower cost than traditional television advertising.

Additionally, this concept allows the advertiser to promote more than one product, or promote the same product with more than one creative angle. For example, Bird’s Eye is using the ‘pick an ad’ concept to promote their new inspirations range – letting the audience pick between viewing the chicken or fish advertisements. This is a great way to promote your brand if it has a wide product range – as is the case with Bird’s Eye. Furthermore, the consumer is instantly made aware of the product range from the title page because they can see the different video options available.

For brands that are selling one product, there is also scale for creativity in promoting different aspects of the brand. For example, Lea & Perrins have created three advertisements for their Worcester sauce, all in the style of a cooking show where they have chefs making a meal using the product. Again giving variety to the viewer and offering options for how they interact with a brand. It’s essentially like having three ads in one.

Let’s be honest, adverts are always annoying, and I’m not saying that VOD ads are more entertaining than television ads, but at least having the option to see something different mixes things up a little – or as much as they can when it comes to ads!

Still, I think the ‘pick an ad’ concepts are a winner for both the consumer and the advertiser and I’m interested to see the development of this concept and other innovate ways of advertising with VOD in the future.