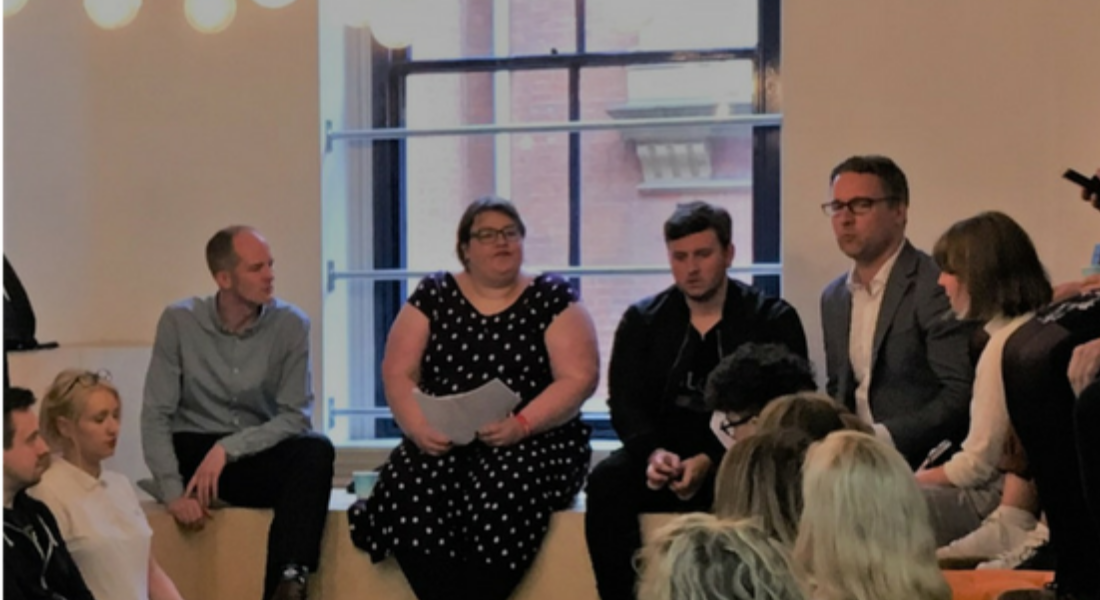 Rupert Cornford is in a reflective mood after last week’s Honest Talks debate. While social media has had a rough ride, he argues these platforms offer the chance for more supportive and beneficial connections.

Social media is growing up.

Like a young child finding its way in the world, the adolescent storm of trolls, anger, brain farts and ego, is giving way to a more thoughtful, benevolent usage of these platforms. Platforms that, in the right hands, can do good and be useful to those who engage.

That was the message coming from last week’s Honest Talks event in Manchester, which was hosted by the team at Fourth Day PR. Three speakers who live and breathe social media – gave an honest and robust account of a technology that is coming of age.

It’s fair that social media has been through a tough few years. It has disrupted current thinking, reworked the news agenda, given us a tweeting US president and the difficult offspring that is fake news. It has divided, connected and left us feeling exasperated, unable to stop scrolling walking down the street.

But it’s here to stay.

Social media has become the front line of communication. Because it’s young, people have stumbled, tripped, hurt others; lots of mistakes have been made. But alongside the stories of addiction, and the lack of emotional come down after a heated debate, the positive uses of social media are now being advocated and shared more widely.

If you took Twitter, LinkedIn and Facebook away tomorrow, I expect we would manage, but our relationships with services and, perhaps each other, might suffer. While they don’t replace human contact, they have broken down many barriers to connecting with others – and they have helped generate opportunities for people (which wouldn’t have been there before).

I’ve been one of those people to criticise social media; to lament the loss of human interaction, but after last week, that analogy of a child growing up seems to fit the bill. Perhaps, I am growing up in my views as well.

If social media is moving through adolescence, then the exciting prospect of adulthood is on the horizon. It can be a positive part of our lives, it can do good, and we know there is much more to come as it develops.

These platforms might be subject to regulation, rules on usage and unsaid agreements about what we do and don’t post, but that isn’t much different to an 18-year-old person. Voting and drinking come with responsibility – so does a student loan or a new job. And social media is the same; a few boundaries are OK.

Like any child moving into adulthood, we all have the chance to shape how this being develops – into one we are all proud to call a friend and one which connects us and supports us all, in the right way. So that the technology remains a benefit, not a distraction; and enables us to deal with the big questions and challenges together.

Now, that sounds like something we can all be proud of.

My thanks to speakers Tim Hyde, Dr Bex Lewis and Justin Clark, and the team at Fourth Day PR for last week’s event, which was held at Accelerate Places in Manchester.