New Rules: is it make or break for influencer marketing? 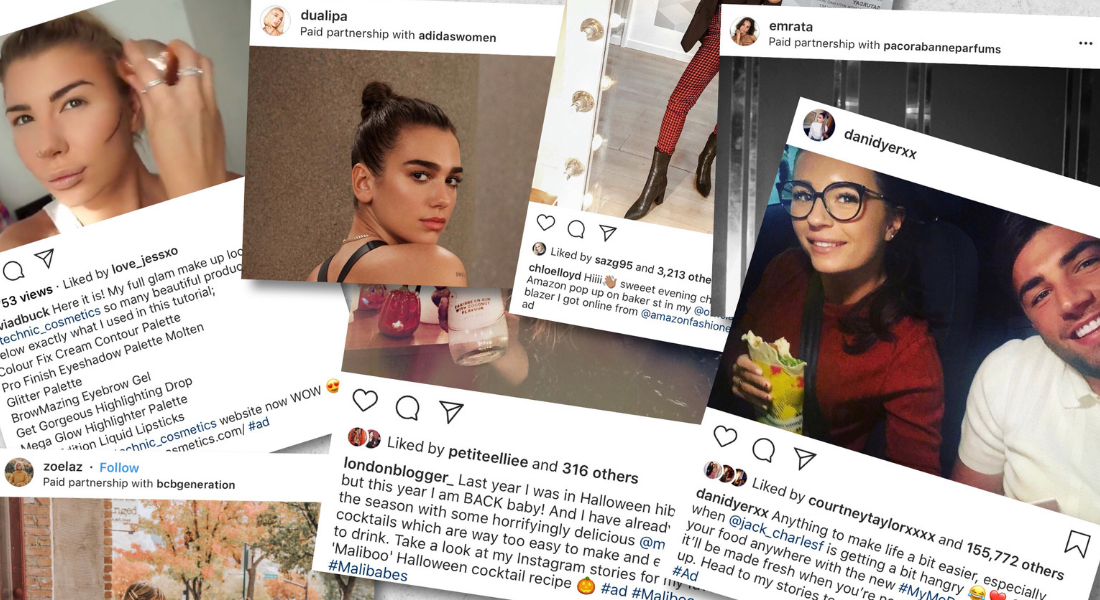 S ocial media platforms are now saturated with sponsored and advertorial content. But it’s not always easy for audiences to realise which posts are ads and which are impartial. The result has been that influencer marketing has been placed under scrutiny by many for its lack of honesty and authenticity.

In some cases, this has started to backfire on brands. For example, Scarlett London’s empty tea cup and tortilla “pancakes” as part of her paid Listerine post caused outrage on social media and made headline news as thousands branded the post “fake”. Meanwhile, Love Island star Olivia Buckland’s Instagram post was banned due to it failing to state that the product she was recommending to her followers was in fact part of a paid deal.

To bring some order to this largely unregulated area of marketing, the Advertising Standards Authority (ASA) has now released a guidance document for influencer marketing, which includes advice on how paid-for content should be presented. It also provides information on the differences between what is an advert and what is sponsorship.

It’s often hard to recognise that these posts are actually ads though, as they look very similar to the editorial and independent content on our newsfeeds. However, influencers and brands now have a duty to make sure that it is obvious to audiences which posts are paid for and the ASA has outlined some simple ways that this can be achieved.

Using hashtags such as #Ad, #Advert, #Advertisement, etc. are deemed acceptable as long as they are visible. Burying these labels amongst a sea of hashtags or at the end of a caption which requires the user to click “see more” is not acceptable.

If a brand pays an influencer but doesn’t have any ‘control’ over the content, this can be labelled as a sponsorship or partnership rather than an ad. In the guidance document, the ASA compares this to a company sponsoring a TV show. The company has no input on the content of the show and is only expected to finance the programme.

Sponsorship isn’t covered by the UK Code of Non-broadcast Advertising and Direct & Promotional Marketing (the CAP code) so the ASA is unable to address any complaints made about these posts. Some may say that this is a loophole in the system that many brands are exploiting to make posts appear impartial due to not having to include hashtags such as #Ad in the caption.

Although they’re not technically ads, influencers are still expected to let their audience know that they’ve been paid in some form for a sponsored post to comply with legislations enforced by the Competition and Markets Authority (CMA). Again, depending on the nature of the deal, this can be conveyed by using #sponsored or by the influencer publicly thanking a brand for the gift. Instagram now also offers influencers with business accounts the option to display labels such as “paid partnership” in the location tab of their posts.

Is this making a difference?

Are all influencers following these guidelines? Absolutely not. I follow countless influencers on Instagram that include unique promotional hashtags in their captions, indicating that the brand is providing payment and has editorial control, without using AD or the #AD hashtag. #Ad does appear on my newsfeed lots more than it used to though, showing that things are starting to change.

Influencer marketing is facing a time of change. Will stricter rules and laws make or break influencers in the long run? Who knows, but I don’t think they’ll be going anywhere anytime soon.

*Images at the top of the article are examples of how influencers are attempting to comply with the influencer marketing guidelines advised by the ASA on their Instagram posts.