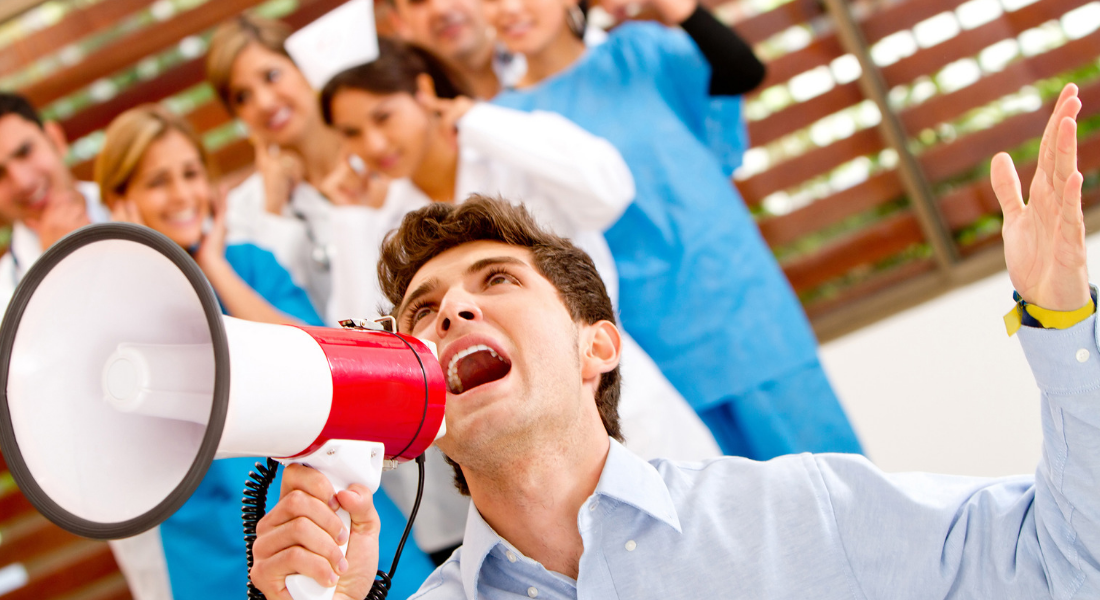 W hen trying to reach a B2B market, your primary audience will be a lot more targeted than what the likes of Joe Media, UniLad and LADBible are chasing. Platforms such as these are driven by the prospect of each piece of their content going viral.

One can argue that mass popularity should be the aim behind posting any social media content, be it a high-budget YouTube video or a series of tweets. But, while going viral may generate a large audience number, it doesn’t mean that these viewers will be relevant to your business or they have any interest in investing their time or money into your product or services.

As a B2B company, it is far more important to ensure that your content resonates with your core audience, rather than pursuing popularity at all costs. That doesn’t mean we can’t learn a thing or two from viral content though.

What makes something go viral?

We should first note that almost all viral content relies on an element of luck. Take for example that BBC interview which sees the interviewee’s children bound into the room. This wasn’t planned. Nor did the reporter find it funny at the time, but that unplanned spontaneity attracted a mass audience.

Ten years previously, in the early days of YouTube, the biggest viral video was Charlie Bit My Finger which gained 120 million views in just over two years (now well over 800m). Why did it gain so many views? Well it was just funny, but it also wasn’t contrived in any way.

The truth is that popular viral content is often a complete accident. Another excellent example is BonPon511, an Instagram account featuring an elderly Japanese couple. “Bon” and “Pon” who post selfies of themselves in sophisticated settings, wearing neat, stylish clothing. Their account has become one of the most unexpected viral hits in recent years, quickly amassing 720,000 Instagram followers. They are now setting up their own fashion label.

The lesson here though is that BonPon511 were not trying to become famous – their success was largely down to chance. They are a sweet couple from Sendai who enjoyed using Instagram, and are loved partly due to the honest, quirky nature of their content – something that a business with its own unique branding can simply replicate.

What tricks and techniques bring success?

Although success can be largely random, there are tricks and techniques that you can use to heighten the chances of content succeeding. This includes an ability to respond quickly to breaking events (sometimes referred to as newsjacking) and an awareness of social trends.

Tapping into the hot topics that people care about on a personal level can attract large audience numbers. Memes have become increasingly popular over the recent years, especially when they respond to stories of high-interest.

In the B2B world though, memes can be a little vacuous. While it can generate engagement, it is important that your primary audience grasps why this content is relevant to both you and them, or it won’t bring you both closer together.

Trying to tap into a cultural trend doesn’t always work either and it can negatively impact your brand if done badly. Take Pepsi and DiGiorno as two examples. Pepsi’s “Live for Now Moments Anthem” advert sought to use a hot topic to gain media coverage, by suggesting that civil rights disputes could be resolved by giving police officers a can of soda. The video went viral for the wrong reasons, after drawing criticism for trivialising serious issues – not least by Martin Luther King’s daughter.

Pizza firm DiGiorno also caused self-inflicted damage by trying to tap into the trending hashtag #WhyIStayed – which was being used to highlight the suffering of domestic abuse victims. By implying that customers “stayed” because they “had pizza”, DiGiorno prompted a furious backlash online.

While it can certainly pay dividends to have ambitions beyond your current audience, we should be wary that we don’t neglect that core base. Content that is hurriedly designed or poorly executed can quickly alienate this audience and undo months of hard work.

Instead, brands should draw strength from their base. Just look at one of the biggest viral hits of them all, Gangnam Style. This was a song, and dance, that achieved international success by focusing on a lifestyle choice in the creator’s hometown district of Gangnam in Seoul, Korea.

It is foolish to think we can control what will go viral and what will not – that decision is made by the public. So, it is better to focus on creating great content that works for your audience first, then trying to find ways in which to broaden its appeal. If it does catch on, great. But just bear in mind, there are perils to doing things the other way around.