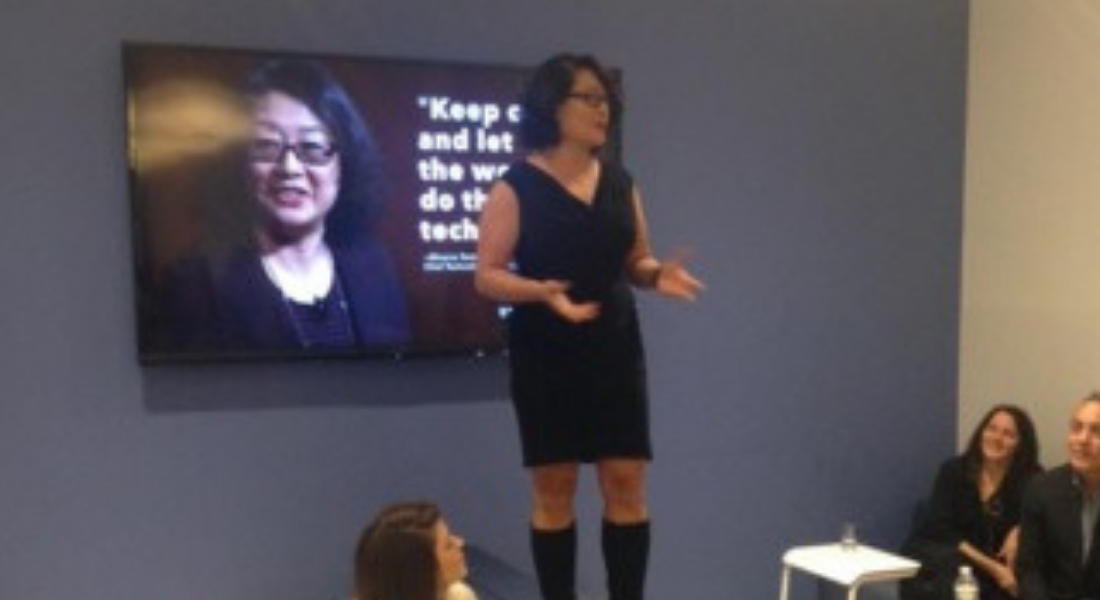 Last week, Xanthe, Sarah and I headed stateside to take part in Tech Week New York – a week-long series of events that brings together and celebrates the tech community. From start-up growing pains and industry trends to the role of millennials, the week comprised of a number of talks in locations across Manhattan, and included the chance to mingle and meet some new faces!

One of the highlights was the #CivicWomen Party on Tuesday night (also Ada Lovelace Day)! After one or two glasses of wine over at Civic Hall, we settled down to hear from a range of inspiring women including Minerva Tantoco, New York’s first ever chief technology officer. With such a thriving tech scene, it’s hard to believe that it’s taken until 2014 for New York to get in on the action and appoint a CTO. But they’re certainly making up for it fast, with a number of exciting initiatives already in play, including the ability to turn classic pay phones into Wi-Fi hotspots, allowing users to Skype.

We also heard from Civic Hall, Black Women Code and Per Scholas before ending the night by tucking into a big slice of cake (my kind of networking event) to celebrate Minerva’s first anniversary in the role.

As well as Tech Week, we took the opportunity to catch up with some of our partners in New York, before taking the AmTrak up to Boston to meet with some friends of Fourth Day and take in a few of the sights. To top it all off, we even managed to catch the Northern Lights on the flight home via a stop-off in Iceland – what a trip! Until next time, New York!