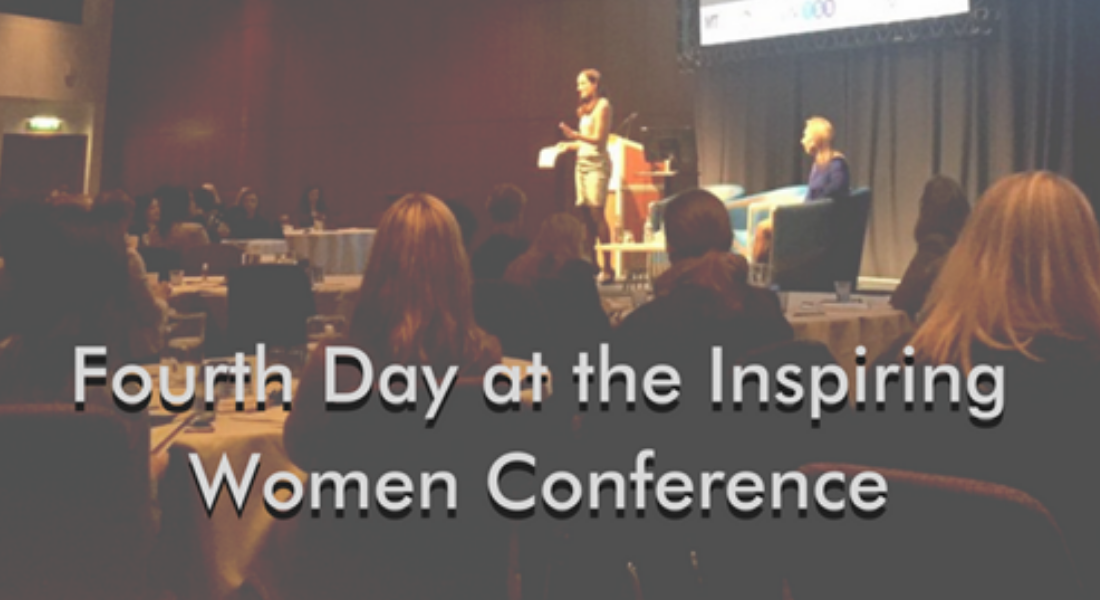 Last Thursday, the day after International Women’s Day, Nikki Scrivener and I attended the Inspiring Women 2017 conference in Edinburgh, organised by Management Today.

After a slightly surprising start – the introduction was delivered by three men – it was a hugely thought-provoking event.

The speakers came from a huge array of industries and jobs. Having attended many events based on variations of the “women in business” theme, I’ve never seen such a broad mix. The familiar sectors of PR, HR and marketing were all represented, but we also heard from the chief operating officers of two banks, the chief executive of a large airport group and the CEO of a major fashion retailer.

Perhaps the strongest message of the day was that women in business should be themselves. Nobody suggested that it was a good idea to dress like a man, learn to play golf or to big yourself up constantly. And although I risk sounding a little un-feminist here, what they were wearing said a lot. Never has a group of ‘successful business women’ conformed so little to the formula of tight skirts, jackets and high heels. The sheer range of outfits, from leggings and baggy shirts to shiny trousers, brightly coloured dresses and pink hair, communicated to me a new sense of confidence. (Interestingly, however, when I Googled the speakers, almost all were photographed in traditional suits.)

There was a willingness to intermix personal issues with business.  Some of these were relatively minor; sticking with the sartorial, what on earth does a “business casual” dress code mean for a woman, for example? On a larger scale, the difficulty of simultaneously maintaining harmonious work and home environments merited a mention from almost all of the speakers. Management Today contributing editor Christine Armstrong, who has interviewed a number of female senior executives, along with their families, had some warnings for us all about the potential tyranny of ‘flexible working.’ The stories of the mothers who go home early ‘to see the kids’, only to semi-communicate with their families from behind a mobile phone or a laptop, were both sad and familiar.

Taking the personal to an extreme level, we heard two painful and emotional stories from a young designer coming to terms with Parkinsons and from a successful financier whose life and career had to be rebuilt after the sudden death of her toddler. Including challenges like these among the traditional business issues faced by women was a striking and brave decision by the conference organisers.

Equally inspiring were the speakers who shared their experiences of how being brave enough to reveal your own personality can help everyone in business.  On the one hand, feisty communications expert Jacqui Low compared herself to Malcolm Tucker in TV series The Thick of It, starting her high-powered career with multiple piercings and a full-on attitude.  At the more moderate end of the scale, Amanda McMillan, CEO of AGS airports, explained some of the strategies she employs to make sure that her board is always developing. She outlined some brilliantly bonkers ideas to open the minds of the board, such as “think like a millennial” hour, when every decision has to be scrutinised from the point of view of a twenty-something. Her destination for the office away day with her (non-millennial) colleagues was a music festival in Glasgow.

Men need to be involved too, and we were reminded by several speakers that women still have work to do before they become as adept at helping one another as their male counterparts. A brave panel featuring three ‘male agents of change’ saw some forward-thinking men stand up well to some tough questioning about their various motives for helping to promote women in the workplace.

President Trump may be chipping away at women’s rights in the US, and the statistics about board representation still make depressing reading, but I left the conference feeling that it’s not all bad.  Looking at our own company I can see women who are finding the confidence to be different, and clever, and funny. And this is a good thing for everyone.