What is limiting the growth of 3D printing? 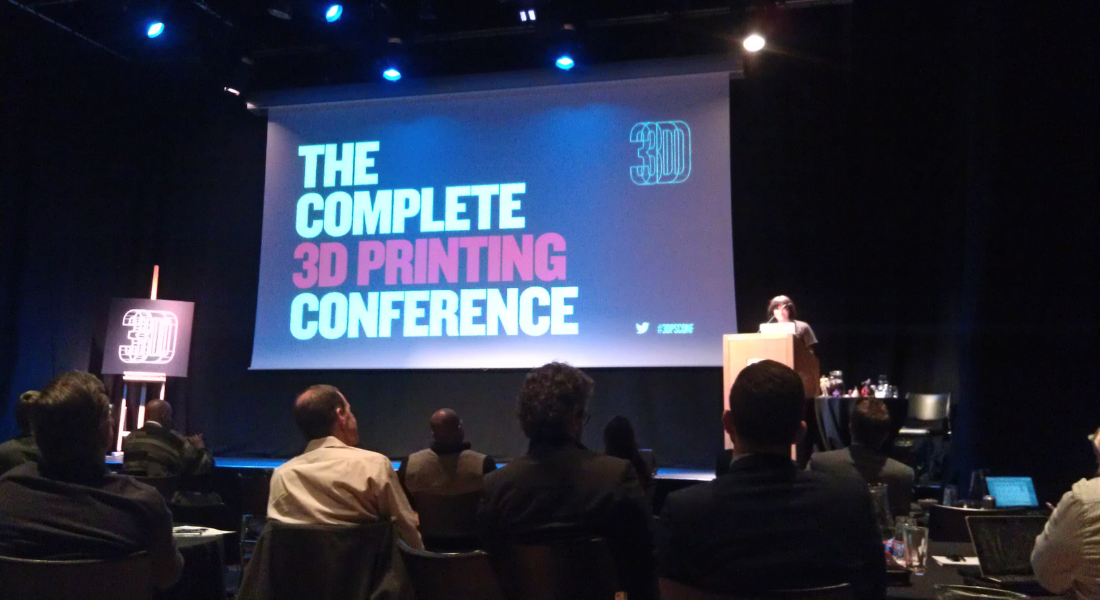 On Tuesday 25th March I spent the day unleashing my inner geek at the first Complete 3D Printing Conference. Before joining Fourth Day most of what I saw and read about 3D printing was sunshine and roses. Well respected titles such as the Financial Times and the Huffington Post were writing articles claiming that it could ‘end world hunger’ and it is ‘bigger than the internet’. Now I have been able to learn about 3D printing from behind the scenes I have realised that there is a lot more to the industry than meets the eye.

For the speakers at the conference – who ranged from directors and owners of 3D printing companies, to lawyers, product designers and medical professionals –many of the issues they discussed are not new. But as someone who is just learning about the industry, I think that it is important for these issues to be properly understood rather than letting the media hype potentially destroy such an exciting industry with ludicrous claims. Below I have explored what the experts have to say in regards to just some of the issues which I believe are key to holding back 3D printing.

There seems to be a lot of confusion regarding the cost of 3D printing; is it cheaper or more expensive than other methods of manufacturing? With the plethora of websites claiming to sell the cheapest 3D printer on the market (just type ‘cheapest 3D printer’ into Google and you’ll see what I mean), consumers are lured into thinking that the price of the printer is the only cost- unfortunately this is not the case. The size of the object you’re printing, the materials needed, and the quantity of prints all contribute to the total price.

I was surprised to learn that after Dr Phil Reeves and his team purchased and dismantled a $1,000 washing machine they discovered that only 25% of the washing machine’s parts could actually be 3D printed and that the cost of printing these parts would be over $11,500! Examples such as this show how far we are from being able to ‘print anything’ and the cost effectiveness of 3D printing in mass production. Dr Phil Reeves predicts a decline of the costs associated with 3D printing over the next ten years, which will greatly contribute to the growth of the industry.

I think one of the most complex issues surrounding 3D printing is the law. Chris Higgins and Vann Pearce, patent attorneys from Orrick, Herrington and Sutcliffe, discussed the patent law issues for 3D printing companies at the conference. They pointed out that currently, the market for 3D printers is relatively small; this is because the companies hold patents, so competition is reduced. However, patents don’t last forever, and once the patents expire, Higgins and Pearce predict that there will be a rise in the amount of 3D printing companies. This should lead to a larger market, which may encourage competitive prices, greater accessibility and an increase in research –some of which we’re already seeing and is driving the industry forward and into new areas like multi-functional 3D printing.

Regarding the law, however, patents are not the only restrictor to industry growth. Copyrights and other laws such as safety need to be considered.

If a consumer adds or changes something to a product using 3D printed parts, does this infringe on patent and copyright laws? For example, a man purchased a Bugaboo pushchair for £1,000 and he replaced a broken part of the pushchair with a 3D printed piece. Has be broken any laws by replacing a broken part of the product with an unbranded and non-safety checked piece? Speaking of safety, if the piece breaks again and the baby suffers an injury, who is responsible – Bugaboo or the 3D printing company?

These are factors that many attorneys’ are looking into at the moment and which are hugely important for the industry to get right to ensure growth does not come at the cost of safety. It’s a topic we will – and should – hear more about from the legal community.  Associate Professor in Law and co-director of the Centre for Intellectual Property Policy and Management (CIPPM) at Bournemouth University, Dinusha Mendis addresses this in her blog and will be speaking about it at the International Conference on Additive Manufacturing and 3D printing in Nottingham this July.

Cindy Tetro, founder of 3Dplus.me looked at consumer 3D printing and explained how her company was using 3D printing to produce personalised products in a consumer market, but running into issues in regards to the quality of the products being produced. Like so many others, Cindy believes that in order for 3D printed products to compete in the consumer market, the finish quality needs to stand up against those made in China – the personalised 3D printed ‘mini me’s’ her company is producing may have initially attracted consumer attention (and hype), but put next to a finished Disney Princess doll, or other action figure, they just didn’t compare in quality.

Don’t get me wrong, I am by no means anti-3D printing – quite the opposite. I think that it’s a fantastic invention that has enormous possibilities. The reason I have written this article to be critical of 3D printing is so that we can understand every aspect of it, rather than allowing the media hype to eventually destroy the reputation of the industry. The industry has been around long before the media hype and will continue to thrive even after it dies down. Let’s hope those using the technology and advancing it will be the ones actually driving the development, not the headlines!