The Woz heads to Manchester 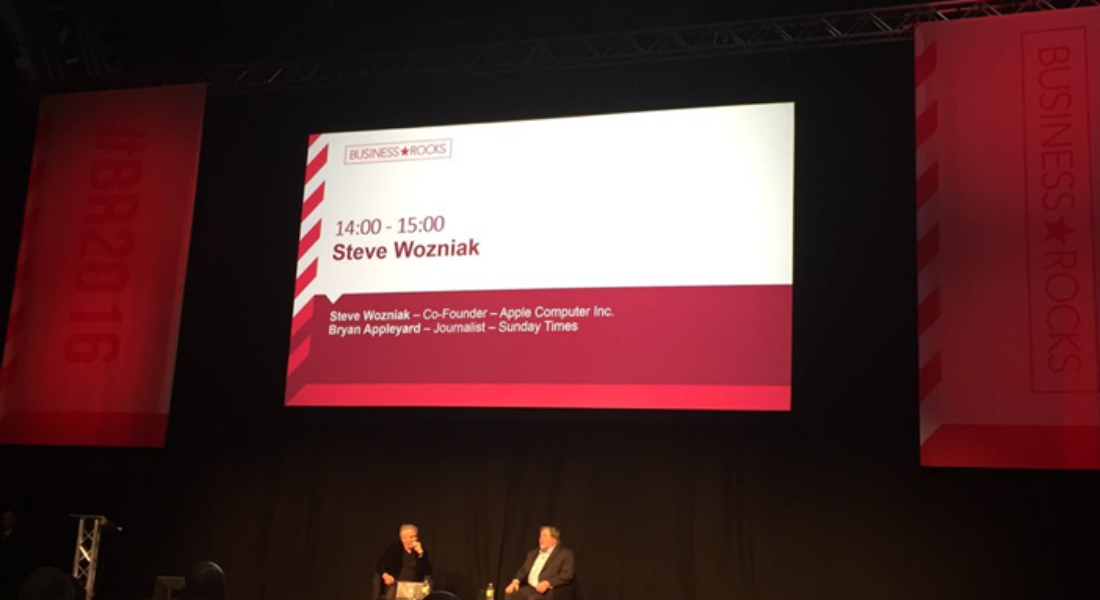 Last month saw the return of Business Rocks – Manchester’s tech, music and investment summit. Returning for the second time, this year’s conference was bigger and better with this year’s headliner – Apple co-founder Steve Wozniak – drawing in all of Manchester’s business community.

From politics to corporation tax, Brexit to robots there wasn’t much that Steve Wozniak didn’t cover.  But what was really fascinating about him was his normalcy. Despite the journey he’s been on, and the part he played in revolutionising home computing, there’s nothing flashy about him. He spoke eloquently about the early days of Apple, his relationship with Steve Jobs and the profound effect Jobs’ death had on him.

There were also some inspirational insights into his journey – arguing the point to his dad that he wasn’t crazy to believe every home would house a computer. But it was his depiction of how his philosophy on life has framed his attitude to business that the audience seemed to find most inspiring.

Here are three key things we picked up on about how to behave in business that have nothing to do with how clever you are or how rich you become:

A huge well done to the team behind Business Rocks for shining a spotlight on Manchester – look forward to seeing it return next year!