A t the B2B Marketing Expo 2021, at ExCel in London, Fourth Day director Nikki Scrivener spoke to Paul Billingham of Knight Corporate Finance (now part of K3 Capital) about the power of PR and how raising a personal profile can help attract investment. Here are some of the key points.

Paul, who advises businesses on strategy, funding, M&A and exits, pointed out that when a company is small, its value lies almost entirely in the people who are running it. For an investor, due diligence involves not only checking out the company but delving into the profile of its owners and directors – and that includes both media and social media.

With such a sharp focus on the head of the company, the messages that are communicated matter enormously. Private opinions can of course be expressed online, but if they are not a match with the values of the brand, they need to be clearly separated. Nikki shared the example of a podcast, focused on a technology topic that seemed a perfect fit for one of Fourth Day’s clients. Before agreeing to an appearance, however, the team took a look at the social media profile of the host and discovered that this individual regularly interspersed posts about technology with posts expressing very strong opinions about Covid vaccines. Because the credibility of the podcast hinged very much on the host, the team took the decision not to engage to avoid any impact on the the reputation of our client.

Once a company begins to expand, it’s a good strategy to increase the number of executives with a media profile. Tying the company to a single individual creates what Paul termed “a single point of failure” ­– certainly in the eyes of the media. Paul pointed to Matthew Moulding of The Hut Group, whose personal profile is now a distraction. The company has experienced some difficulties recently, following its IPO, which have received greatly heightened media attention in part because the CEO’s profile has been so flamboyantly promoted in the past, including frequent pictures of his muscled torso.

Paul contrasted this with the approach of Poppy Gustafsson, CEO of Darktrace. Darktrace too suffered dramatic falls in share price following an IPO, but Ms Gustafsson’s personal life has remained well out of the limelight, with little sensationalist press coverage.

Nikki shared a video recorded by Sam Burgess, CEO of one of Fourth Day’s clients, SamsonVT, who was unable to attend the event in person. In the video, Sam explained that media relations – social or otherwise – was something he had neither the time nor the inclination to do. But he recognised the need to raise his profile – in part so that a Google search on SamsonVT would bring up comment, opinion and news articles – demonstrating credibility to customers and prospects.

Nikki referred to a paper that she wrote, available here with contributions from a number of CEOs, about different personality types among leaders and how even the most introvert CEO can build a profile.

The overall takeaway message was that for companies searching for early funding, building the CEO’s media profile is essential. When you’re at a stage with no reputation and no customers, your leaders are your big opportunity. If you don’t know where to start with PR, contact us and we’ll offer you some advice. As Sam said of his PR campaign, “it gave us a voice where we had none.” 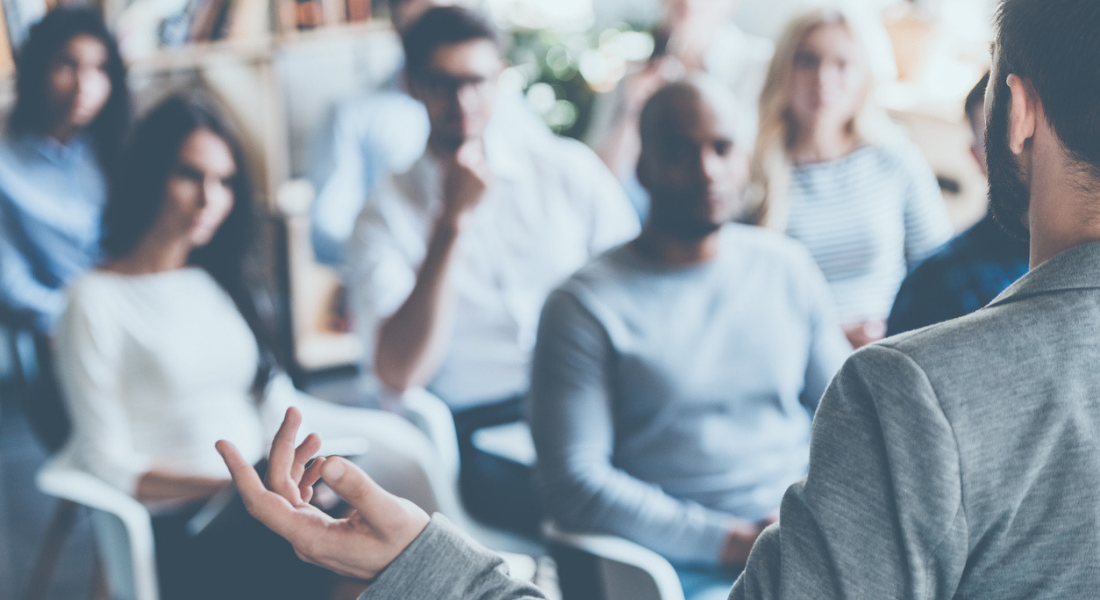