My Burberry? Smells ok to me 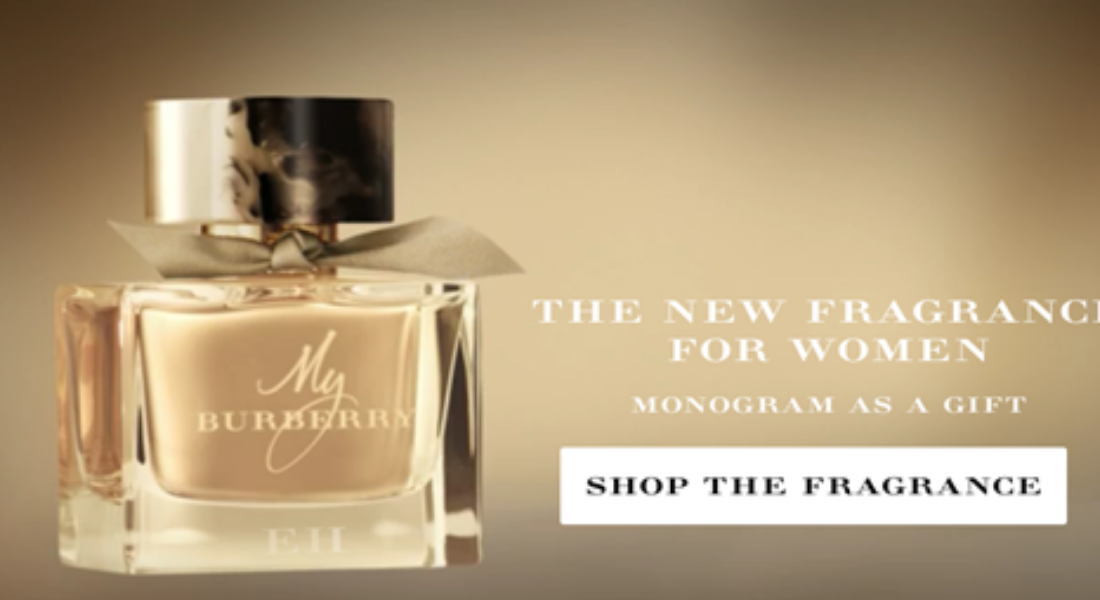 I sat down to catch up on Gogglebox on my tablet last night and sat patiently browsing on my phone (too many gadgets!) waiting for the adverts to be over. When, out of the corner of my eye, I spotted my name on the screen. ‘Perhaps it was a coincidence’ I thought. But low and behold, a second later, I saw my name on the bottle of a Burberry fragrance on screen as Kate Moss said ‘My Burberry’.

Simple, but clever – combine the strapline ‘My Burberry’ with an advert that personalises the fragrance for the viewer.

From both an industry and personal perspective, I think this development in TV advertising is really, very interesting. The ability to target TV viewers, using a platform that they’ve been happy to share personal details with, provides endless opportunities for advertisers and marketers alike.

4od has shared my data with Burberry to develop an automated system which personalises each advert.

I’m pleased that, out of all the data that gets collected and shared, there has come a point where this might actually be of interest and use to me.

I have seen other examples of this targeted advertising in action as I’ve watched on-demand programming, such as safety warnings for young women not to get in unmarked taxis this Christmas – clearly shown to me because of the information I’ve shared online. I don’t mind this. It’s useful for me to be exposed to information that I could benefit from.

But, as with Google wishing me a happy birthday, there’s still something about this type of advertising that doesn’t quite sit right with me. From a personal data perspective, I don’t have concerns that any more of my data is being shared with third parties as a result of this advert. I’m aware that Facebook, cookies and various other online touch points have all led to a point in time when most things about me are already known by companies somewhere in the world.

I think what worries me most is the information that more powerful organisations might have on me and what they intend to do with it – not that a perfume brand knows my name and gender. The organisations I’m referring to are those that are buying and selling data both domestically and internationally.

This trading of potentially powerful information has taken hold of the way the Internet operates before anyone really had time to step in and monitor the situation. So we’re now in a position where it’s difficult for anyone to control how information is collected and stored around the world. As a result, the ‘black’ cyber market is becoming more and more lucrative as we’ve all seen with recent high profile hackings such as Snapchat, Dropbox and most recently Sony. A recent RAND report suggested that Twitter accounts are now more profitable than stolen credit cards!

So really, does it matter that Burberry can use my basic information (easily found on the internet), when there are far greater threats to our cyber security at large? I’m still uncomfortable with the amount of information being gathered, but perhaps it’s a good thing that I can now benefit from this world of data extrapolation in some way. Yes I’m being sold to, but personalised advertising means I don’t have to sit through adverts which I have no interest in – like men’s razors, for instance. And, let’s also not forget that, advertising is already hugely driven by expectant audiences, so it’s perhaps a good thing that we are now able to engage slightly more with something we spend time sitting through.

It will be interesting to see how this trend develops, and to see how the public reacts to it. I expect that many will be intrigued by how this is done and may engage with Burberry on social media as a result. But I wonder whether, later down the line, there will come a point when everyone decides to boycott opportunities to share data and these adverts fall by the wayside.