Is Manchester a city of braggers? 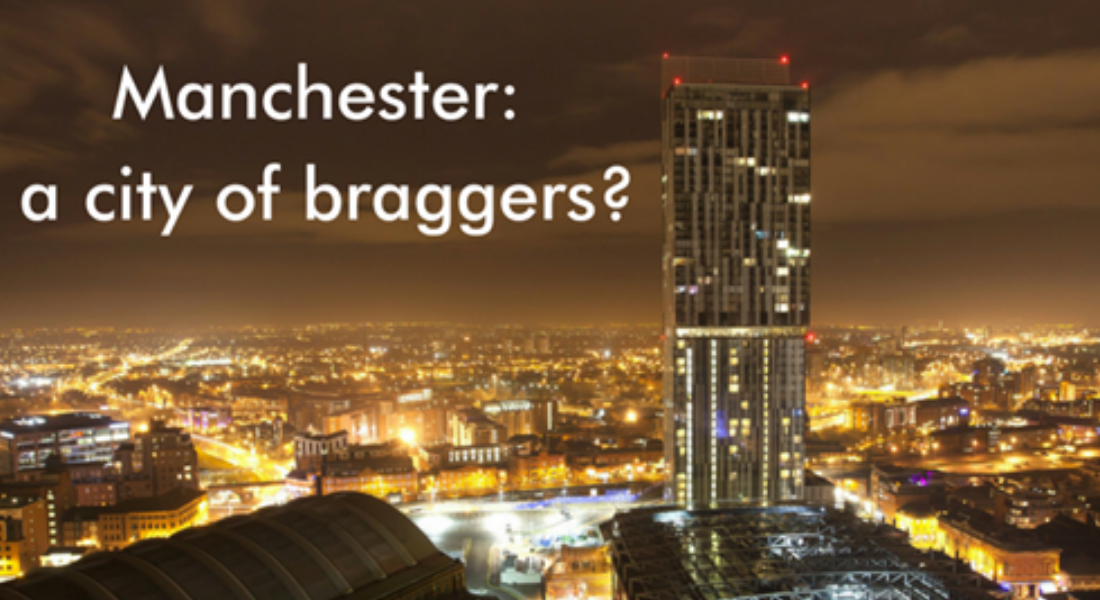 Well not enough, according to BusinessCloud’s Manchester Tech (#mcrtech) event this morning.  The view from host offices KPMG was fab by the way – although as FT journalist Michael Dempsey pointed out on Twitter, I appear to have captured some sort of alien life form in my photography.

Anyway, Chris Maguire, after his opening story of a near-death experience involving windscreen wipers and a Harvester, had gathered an impressive list of panellists, including Tech North, Business Growth Hub and entrepreneurs from CircleLoop and Wakelet, to talk about the state of the North West’s tech industry today and what’s holding us back.

Number one as usual is the skills gap. Despite having the biggest pool of university students in Europe we still can’t fill positions quickly enough. There was a suggestion that most graduates aren’t quite as ‘world of work ready’ as they might be. i.e. their understanding of tech doesn’t quite match their understanding of how a tech business actually works.

Another interesting point is the fact that 95% of tech companies here sell up while they’re still in relatively early stages – with the panel’s suggestion being that they lack the ambition to keep going until the numbers get bigger and the companies have more of a chance of standing up on global scale.

This might be more fear induced, or cultural, than being about a lack of ambition. But it ties in nicely with the fact that the panel just don’t think North West tech companies are good enough when it comes to bragging about how brilliant they are. London does this much better and the US beats them both.

This shyness surprises me. I’m not from Manchester originally but one of the things you can’t fail to notice when you move here is how much people love to tell you how bloody brilliant Manchester is – and with good reason! It’s something we’re rubbish at in my native West Midlands. But why isn’t this translating into how they’re communicating about their businesses? Why are we hovering around the start-up world and not progressing to mid to late stage growth and why aren’t we nurturing the next Unicorns? We can’t just leave it to Jonny Cadden with his brilliant Business Rocks to fly the flag on behalf of everyone else.

As I’ve been writing this it’s sparked huge debate in the office about British, and particularly northern, culture and whether that translates into how we run and grow businesses. I’d love to put together a bigger piece on this, to see if there’s something in the psyche of starting a tech firm here compared to London, for example. Or is Manchester more like Berlin, a breeding ground for start-ups but a city that loses tech businesses as they exceed a certain size and move to Munich (as discussed here by my colleague Danny). If any Manchester tech firms out there might be interested in opening their hearts and contributing to a bigger piece, drop me a note on nikki@fourthday.co.uk.