E arlier this month, the word “influencer” was officially added to the English dictionary.

Today, the term has become synonymous with Instagram, YouTube and a host of other social media platforms, all of which have been taken over by individuals who are considered the expert in their field – be it make-up, fitness, or gaming.

But influencing is by no means a 21st century phenomenon. The ripple effect that a third-party individual, or group of people, can have on others is centuries old.

In fact, notable individuals have been impacting consumer behaviour and setting trends through the use of their image ever since Julius Caesar’s face was the first to be imprinted on a coin. Since then, either through official endorsements or purely through personal tastes and preferences, influencers have been influencing.

A seal of approval

Prominent figures have always had an impact on society. However, it wasn’t until the mid-19th century, with the advent of photography, that the idea of images being used to set trends really began. Queen Victoria was a key figure in this movement, pioneering the use of photography, resulting in trends like the wearing of white wedding dresses and charm bracelets becoming mainstream.

And this wasn’t the only way Victoria influenced societal trends in the 19th century; the Royal Warrant was created in 1840 and issued to any company providing goods or services to the royal household, to literally give it a royal ‘seal of approval’.

To this day, the Royal Warrant is still deemed a badge of honour – adding to the respectability of brands varying from Barbour to HP Sauce. It’s also lucrative – the pulling power of a Royal Warrant, by recent reports, can add 5% to a business’ annual revenue, which, for Aston Martin, equates to a cool £43.8 million. 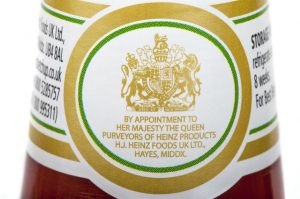 Into the early 20th century and the advent of cinema caused seismic shifts for the age of celebrity and the power of the influencer. This Golden Age of Hollywood saw stars such as Grace Kelly, Marlene Dietrich, Audrey Hepburn and Marilyn Monroe embodying the idea of glamour, wealth and sophistication. And anything this group of starlets touched soon became the must-have accessory of the season.

For example, after Grace Kelly was photographed with a Hermès saddle bag in 1956, the bag was immediately renamed the ‘Kelly bag’ and has since become something of a cultural icon in itself.

Through being aware of the public’s opinion and maintaining a carefully curated image that they kept to at all times, these individuals had an overwhelming influence on society through film and are still viewed with nostalgia today. 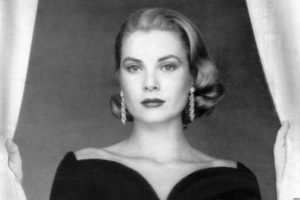 Hollywood’s Golden Age seeped into the early 1960s but was soon to be swallowed up by a new breed of influencer. The famed Ad Men of Madison Avenue, with David Ogilvy at the helm, revelled in their whisky-soaked positions as the new influencing powerhouse, taking advantage of a new medium: television. This was the beginning of mass advertising with celebrity endorsements gracing billboards, print ads and TV screens. And while celebrities were the faces of the campaigns, the ad men had the real power behind them.

Consumers ate what advertisers served up, convinced that ads were telling the truth and wanted the best for them. The classic example of this being the portrayal of smoking in Camel’s ads, despite the known health risks. To quote Don Draper, “If you don’t like what’s being said, change the conversation.” 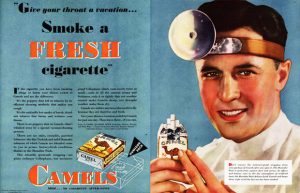 The birth of PR

But influencing has by no means been confined to the mass-appeal of celebrity. Since press freedoms were granted in the mid-17th century, journalists have also had the power to influence. Over the following century, newspaper publications grew up alongside political pamphleteering, giving a home to politically-motivated writers such as Gulliver’s Travels author, Jonathan Swift.

However, by the early 20th century, newspaper storytelling had evolved towards the attention-grabbing news headlines –  epitomised by the Hearst Vs Pulitzer circulation battle – that we see today. And it has been that ability to seize people’s imagination that has made their contributions to public discourse so powerful.

This influence is probably best illustrated by the Washington Post’s investigation into the Watergate Scandal, ultimately leading to resignation of President Nixon in 1974.

But journalists don’t just impact politics, the stories they tell impact all aspects of society, culture and business. It’s little wonder that by the ’80s, a fully-fledged PR and media relations industry had emerged to help steer that influence. 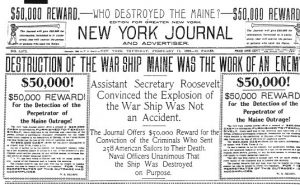 Keeping up with Kylie

Skip forward to the present day and the wide-spread use of social media has made influencing a profession in its own right, and an industry accessible to anyone.

The more visual social media platforms, such as Instagram and YouTube, have become go-to hubs for influencers trying to connect with their audience through make-up tutorials, work-out routines or fashion ‘hauls’.

For example, the youngest of the Kardashian clan, Kylie Jenner has been able to build a $900 million cosmetics business without investing in marketing or advertising. How? Because all she needs to do is share a selfie of her wearing her latest lipstick with her 136 million followers, and her products sell out in seconds.

Today, instead of looking to our favourite celebrities for inspiration on how to live, we now look to those who feel much closer to home. And it is this appearance of ordinariness and sense of personal connection that makes social media influencers so powerful. 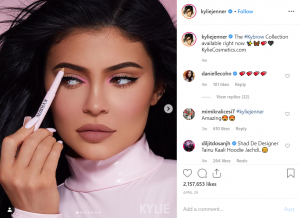 As technology has driven the emergence of new creative platforms, whether it’s photography, film, TV or social media, new influencers have emerged. And in this light, the influence of Queen Victoria over her subjects doesn’t seem a million miles away from Kylie Jenner’s Instagram feed. The medium may have changed, but the people consuming the images haven’t much, craving to be influenced.

One thing is for sure, no matter what industry you are in, or what community you are a part of, there will always be an influencer – a source deemed more credible than the rest. It is how you align yourself with this individual that could be the mark that sets you apart.