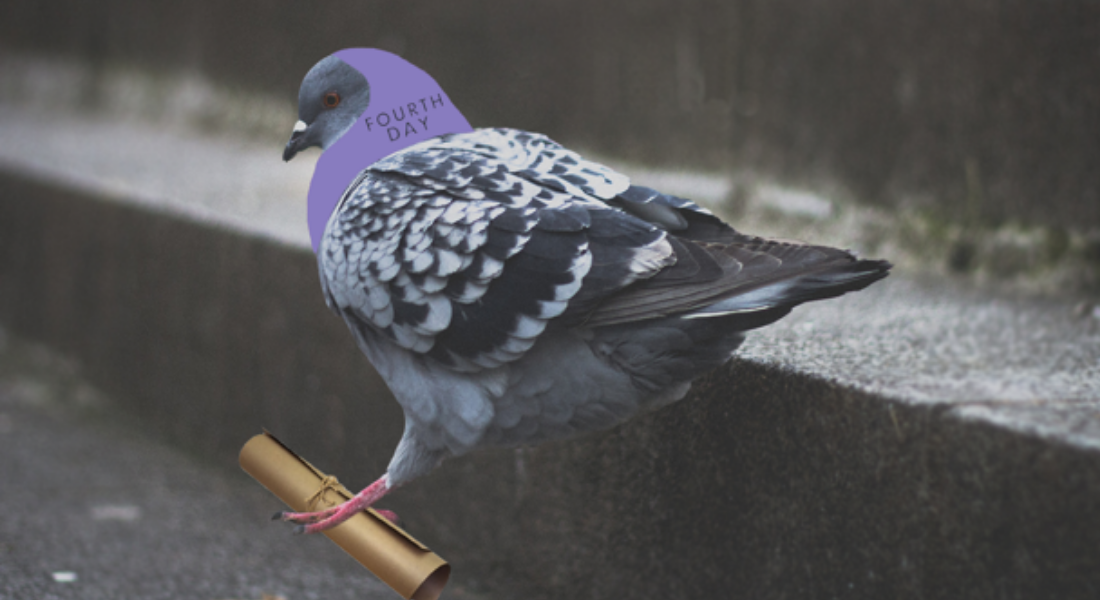 PR agency, Fourth Day PR has taken the unprecedented step of recruiting carrier pigeons as insurance against the rising threat of cyberattack.

The Fourth Day group, which has offices in London, Manchester and Paris, specialises in technology PR and is responding to its clients’ concern that press releases will fail to reach target media in the event of an internet blackout.

The bold move heeds the warnings of technology expert and HP CTO, Andrzej Kawalec, who has told businesses, “More time and effort (needs to be spent) on understanding our adversaries and how to disrupt them at every step.” Fourth Day has set out to do exactly that, and aims to disrupt cyber criminals by using wing rather than web.

Four birds being trialled by the company are currently carrying out test flights. The multi-award winning messenger pigeons, Philip, Gertrude, Tony and Felicity, will be hot- desking between Fourth Day’s three European offices during an assessment period. Existing team members will take turns to care for the fledgling recruits during their initial induction.

Nikki Scrivener, Director of Fourth Day’s Manchester office said: “It’s absolutely key for us that our press releases reach their intended recipients and we believe this is a ‘fool’-proof way of ensuring that. We hope that a return to the tried-and-tested methods means our clients can rest easy that information doesn’t fall into the wrong hands.

“Admittedly, it has been a challenge keeping pigeons in the office, particularly as one of our account executives has a phobia of them, but she’s committed to the company and the cause and has put her personal well-being to one side in the name of client service.”

Fourth Day client, David Grimes of My Parcel Delivery, said: “Being an ecommerce business, cyber security is paramount to the success of our business which is why we are 100% behind this initiative from our PR partners.”

The Fourth Day pigeon trial will run until September but early indicators suggest that this unique approach will prove to be a real feather in the cap for the PR agency.

Notes to editors:
No pigeons were harmed in the compiling of this press release