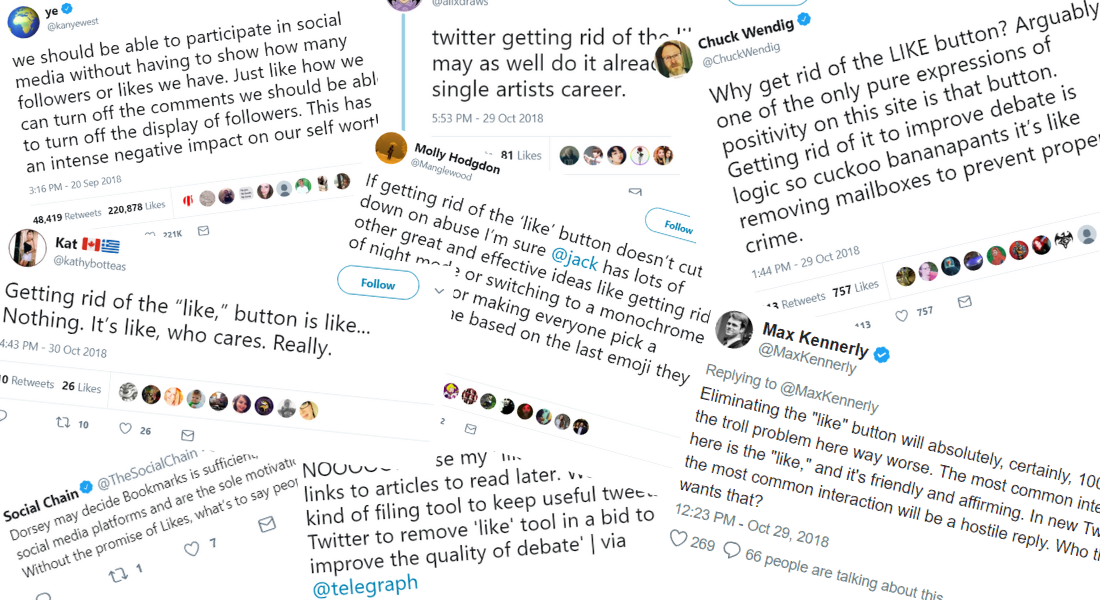 T he madness of this Monday morning wouldn’t have been much different from any other – that is, if it weren’t for the Twitter frenzy that was taking place.

It all stemmed from Twitter founder and CEO, Jack Dorsey (@Jack), admitting that he was not a fan of the heart-shaped ‘Like’ button and that Twitter would be getting rid of it “soon”.

Despite Twitter attempting to pour cold water on the rumour through releasing a statement reassuring users that there are no plans to remove the button as of yet, the social media platform was immediately awash with backlash. Just as it was when Twitter introduced its ‘thin blue line’ feature that messed with the traditional reverse-chronological timeline of tweets, or the change to its profile design, which sparked outrage that it resembled Facebook, or even when it upped the maximum post size to 280 characters. It seems that whenever Twitter makes a change, there’s a major blow back. 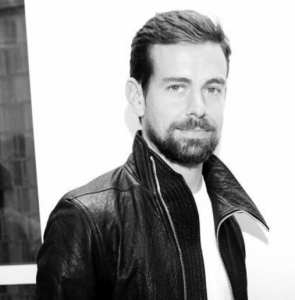 So why is Twitter considering another radical change? The company has argued that their goal, if they do remove the ‘Like’ button’, would be to “incentivise healthy conversation” in a bid to make their platform less of a vanity show based on the number of likes you get, and more of a platform for discussion. In turn, discouraging the hostile ‘trolls’ and computer-automated ‘bot’ accounts that Twitter has been blighted with.

As you would expect, disapproval, criticisms, and even outright protests against this possible transition have emerged. For example, political commentator, Dave Rubin, angrily defended the ‘Like’ button claiming it’s the only civil part of Twitter left. Others claim that Twitter shouldn’t waste its time getting rid of the feature and would be better focusing on getting rid of the trolls. 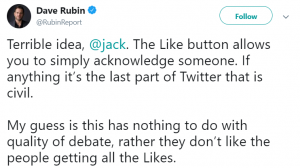 But, as much as I might be swimming against the tide on this one, could this decision to remove the ‘Like’ button be a good thing? Is it just a sign that Twitter is maturing as a social platform? After all, isn’t being sociable what social media is all about?

Sure, there was once a time when brands would use their pages just to shout about their latest achievements, then watch the numbers of likes they get, but this type of success is now commonly regarded to be a ‘vanity metric’. I’d like to think that times have changed, and that we have started to realise that it’s much more valuable to be involved in conversations on Twitter – and create some genuine engagement.

We could argue that Twitter has been heading this way for a while, through features like polls, which encourage users to cast an opinion, rather than just throwing out a ‘like’.

And at the end of the day, you could just click ‘re-tweet’ – doesn’t that have the same effect of saying ‘Hey, look at this’? When viewed in this way, what do we really want with the ‘like’ button – except for a dopamine hit? At a time when the dangers of social media and its effect on self-esteem are huge issues – particularly among the younger generation, we could choose to see Twitter’s inclination to change this feature, as a step in the right direction.

Removing the ‘Like’ button could encourage users to leave a positive comment instead – perhaps one of the reasons users leave so many negative comments is because there’s no option to click a ‘dis-like’ button.

Kanye West has even suggested removing all numbers from social media. This may be a step too far, but the removing of the ‘Like’ button could be just what this generation needs – especially if an online comment leads to a real-life conversation.

@Jack, I think you might be onto something here – let’s talk.