‘The whole city was alive with it!’ 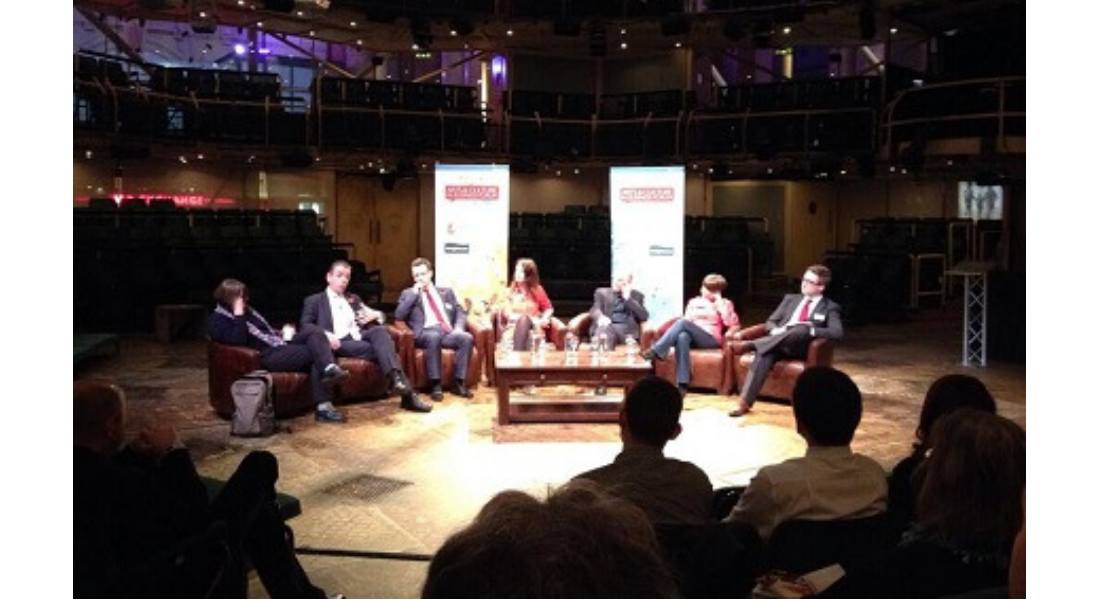 Why arts and culture matter to Manchester…

On Friday morning, Nikki and I headed off to the iconic Royal Exchange Theatre in Manchester to attend the Business Insider’s Arts and Culture in Business Forum.  The event was an opportunity for companies to gather and hear from some of the key influencers on what’s happening in the arts. The panel included some fantastic speakers such as Alison Clark-Jenkins, director of the North Arts Council England; Jim Forrester, executive director at Manchester International Festival, and Alice Webb, chief operating officer at BBC North.

As well as discussing how businesses can get more involved in supporting the arts, the event gave a broader look at what’s happening in Manchester and the North West now, with the Cornerhouse, Manchester’s international centre for contemporary visual arts and independent film, and its imminent move to its new venue, HOME, high on the agenda.

Located on First Street and currently being developed before its  opening in spring 2015, HOME will count a 500-seat theatre and 150-seat flexible studio space amongst its facilities. With cuts to arts budgets constantly threatening new projects and developments, this £20 million pound project is no cheap venture.

Panel member Karl Jenkins (trustee at Greater Manchester Arts Centre) commented that, beloved as the Cornerhouse is, it can be likened to a teenager that needs to grow up. Building on this, Alice Webb at the BBC pointed out that whilst it’s extremely important to take all that we love from the Cornerhouse to its new location, it’s also an opportunity to leave behind elements that need improving.

Other topics from the morning included how businesses can support the arts and the value of arts-business collaboration, funding to the sector, Jim Forrester’s vision for Manchester International Festival (MIF) and perhaps most inspirational of all, the boldness and ‘we-can-do-this’ attitude in Manchester.

One of the highlights of the event was a performance from Saquib Chowdhury and Martin Stannage from Contact Manchester – a charity inspiring young people through the arts. Saquib and Martin (AKA LyriCalligraphy and MC Visceral) asked the audience to shout out some of the keywords – ‘passion,’ ‘Manchester,’ and ‘resilience’ – that had cropped up in discussions and performed a five-minute freestyle rap summing up the event.

It was clear that there’s a huge amount of passion within the industry and an eagerness to create opportunities across the region. Manchester is a city that takes culture seriously. And as a city that hosts projects like MIF and HOME, it’s not difficult to see why.