Tech and the changing face of PR and marketing 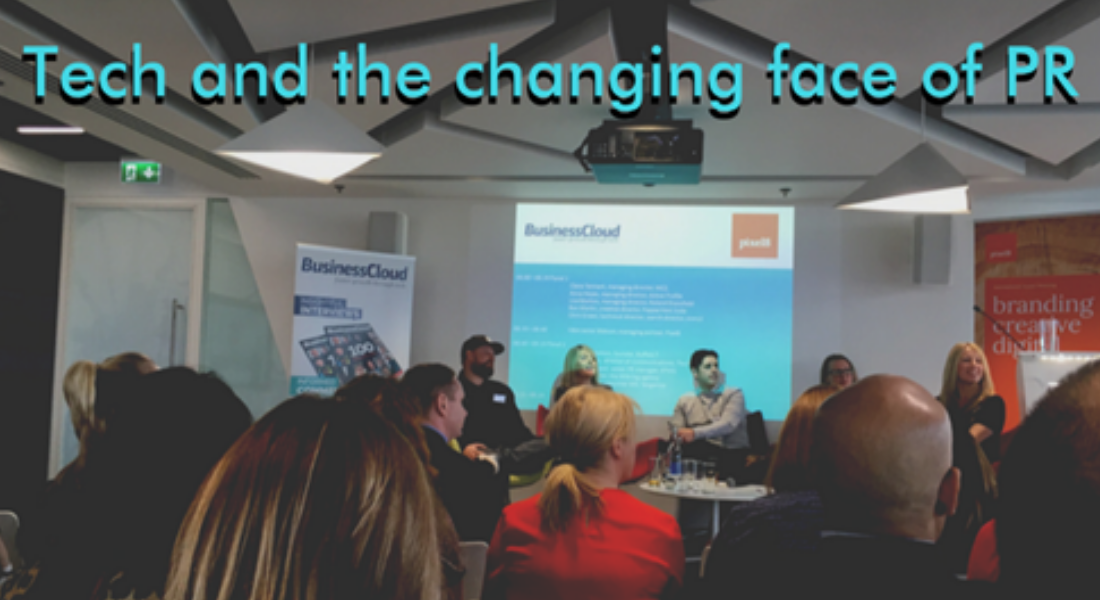 I always look forward to a visit to KPMG because, well, the views over Manchester offer a pretty nice spot to have your morning coffee. Which is exactly what I did last week at Business Cloud’s breakfast, ‘how tech has changed the face of PR and marketing.’

Only three people in the room had purchased a newspaper that morning which gives you some indication of how PRs and marketers are having to re-think their strategy. As Katy Broomhead, senior PR manager at KPMG commented, ‘‘where the Financial Times used to be the holy grail for client coverage, scoring a piece in Politico or Buzzfeed is now a real coup.’’

Katy was part of two panels during the morning, touching on issues such as the instantaneous nature of social, weighing up how and when to interact with different channels, mediums and influencers as well as how we can better measure success.

Here are my five take-aways –

1) ‘Tweet first, expand later.’ The pace of how quickly we respond – to news, to emails, to delivering a campaign – borders on frightening. I dread long meetings because of my inability to check in on email which is probably similar for a lot of people. It’s this drive to always be first. Of course, this is even more important in journalism when you consider the kudos attached to a newsroom’s ability to break a story first.

The quickest way you can do that? Twitter, of course. We’re now seeing this ‘tweet first, think later’ mentality where tweets are news. It’s this approach which means we have to be much more fleet of foot.

Just because we have the channels at our fingertips to be instantaneous, doesn’t mean it’s always the right option. As the panel commented, ‘‘Sometimes it’s important to pause and plan, rather than react.’’

This reminded me of an interview snippet I watched with Denzel Washington where he talks about fake news. ‘‘We live in a society now where it’s just first. Who cares? Get it out there…’’

2) Everyone’s a publisher. Most of us have a smartphone which, often, holds all the technology you need to give it a go yourself. As Ben Martin, creative director at Peppermint Soda pointed out, ‘‘a lot of stuff you can now do from your mobile phone which is where we see outlets like LadBible fit in. People often have a go themselves and might not get it right, or they’ll get their nephew Jonny to have a go.’’

But sometimes you need an expert, the ones that are living and breathing it every day. It’s not just having a nice website, you need something that answers the questions people are typing into google or the questions that they might have before they’ll do business with you.’’

As Ben continued, ‘‘We often think technology is the answer but, actually, it’s the enabler, coupled with great people to manage it.’’

3) AVE measurement is dead. Does something still count as a ‘hot topic’ if we’ve been talking about it since 2014? Goodness knows, but measurement is certainly still up there. I was relieved to hear Mary Harding, consumer MD at Tangerine say that we’ve moved beyond measurement methods like AVE with new tools and technologies that can measure more tangible campaign elements like footfall or traffic to the website.

4) Looking beyond the North West. Keeping on top of tech trends was obviously high on the list of discussion points and it was good to see both panels speak about gaining knowledge and inspiration both home and away. Talking about expanding their areas of expertise, Lisa Morton, MD at Roland Dransfield spoke about going to Boston to look at how they embrace, and work with, digital.

Claire Tennant, managing director of MC2 also sang the praises of looking to the U.S. Shortly after the event, she was hopping on a plane to San Francisco which saw tech leaders embark on a Silicon Valley trade mission to mark the launch of direct flights from Manchester.

But should the marketing or PR team take on different roles? At KPMG for example, they treat marketing and PR quite separately. ‘‘On one side, the PR team is very much like a press office function – one which acts as the guardians of the KPMG voice. While the marketing team is much more about stakeholder involvement.’’

I’d love to hear from anyone about what stuck with them from the event – as well as other PR and marketing people about how they think technology is changing our industry. Drop me a line at lizzie@fourthday.co.uk