How working as a PR in Germany compares to the UK 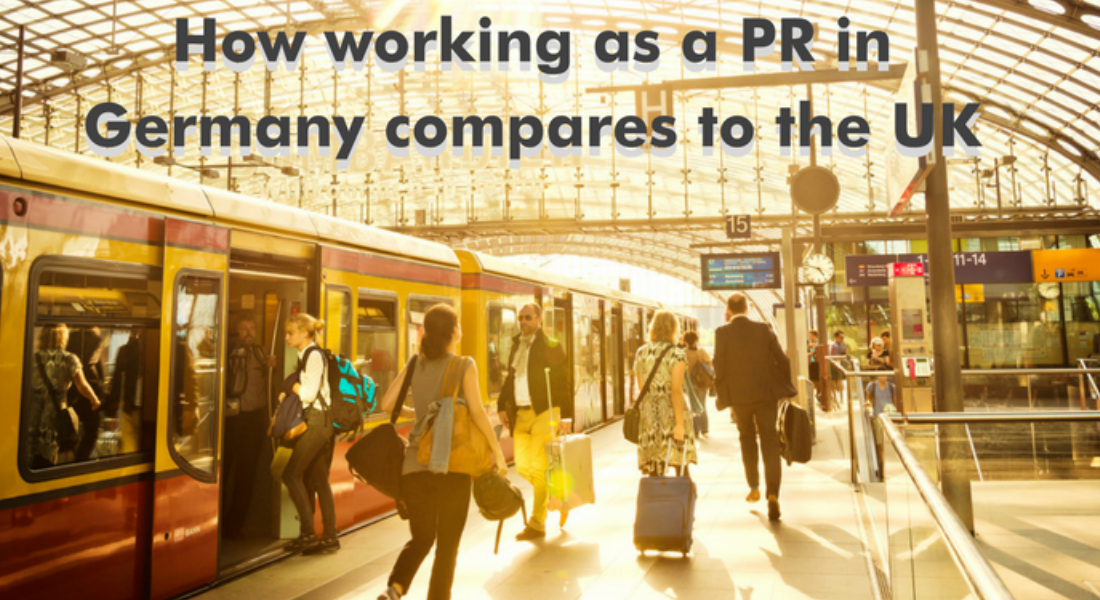 We recently shared an interview with our man in Germany, Danny Stephens, on how PR activity varies in Europe’s largest economy compared with the UK. While we were on the topic, we also probed Danny on how his work life in Berlin compares generally to his experiences in the UK. He shares his observations here.

Danny: “For a city of such significance, Berlin can seem remarkably sedate in rush hour. But don’t be fooled, it’s vibrant and it continues to grow as a hub for business. It wasn’t always this way, but when it became the capital it made sense for most companies to open offices here. Many companies still have their headquarters in Munich but with a second office in Berlin, which can often be bigger.”

As a PR, does going to work in Berlin really feel much different to the UK?

Danny: “It does and it doesn’t. I normally begin the day by looking at emails and news from around the world, much like in the UK – albeit a bit earlier in the morning. When it comes to reacting to a story, I would also say it’s relatively similar to the UK . When there’s no reactive opportunities, however, I focus more on the long-term strategy and this is where there are differences. With the German media taking a more serious tone than in the UK, there is a strong emphasis on fact and detail, which require me to take a slightly different approach.”

Is it true that companies in Germany give their employees a lot more holidays?

Danny: “It varies. If you work for the government you get 30 days off a year, but for most private companies it’s usually somewhere between 25-27. There are five more public holidays a year here compared to the UK though and in some areas of the country, like Munich where the population is mostly Catholic, there are even more.

“Holidays can mean there are times of the year when work is more quiet. People tend to take a lot more time off at Christmas – it’s very common to take the first week of January off. August is also a dead month in Berlin, as everybody is on holiday. Interestingly, the states stagger their holiday periods so dead time in Berlin can be busier in other cities. It’s a concept designed to prevent chaos on the roads and to blunt the seasonal spikes in the tourism business.”

In what other ways do you find Germany different to the UK when it comes to work?

Danny: “One noticeable difference is that work lives and personal lives are kept very separate in Germany. This is evident on social media. As I mentioned in our last blog, Facebook is kept very much for personal activities and LinkedIn is for work.”

“People are also fiercely protective of their personal data in Germany too but, interestingly, companies here are allowed to look through your emails at work.”

Berlin is often reported to be a growing technology hub, is this the case?

Danny: “In Berlin there are the two big tech areas either side of the wall; Prenzlauer Berg on the east side and there is Schöneberg on the west side. When it comes to startups, Berlin is the capital, with Munich just behind. However, the main centre for the big technology companies is in Munich – startups often begin in Berlin and then open in Munich when they start maturing.”

“Germany, in general, has a huge interest in technology. The country has set itself strategic goals on a national level for extensive digital transformation. So, what you’re seeing here is not only innovation within the technology sector but also big moves towards tech-led people-less business models and factories with everything being online and inter-connected. The overall concept is known as Industrie 4.0.”