Happiness and robots: what really matters at work? 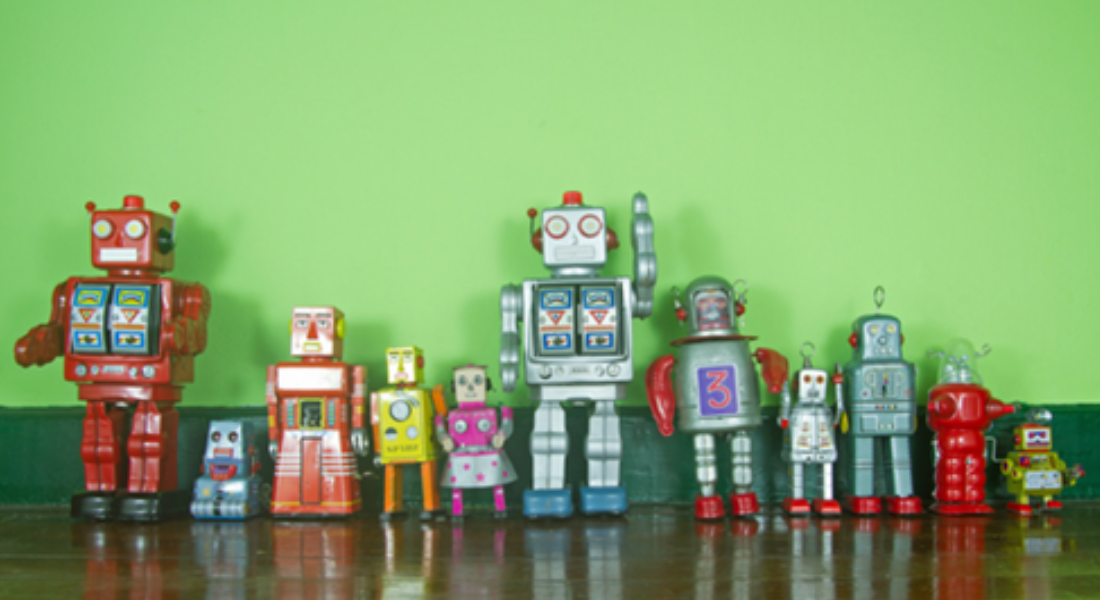 There were two major themes that came across in yesterday’s MT Future of Work – Digital conference – how to be happy at work, and how we should cope with being replaced by robots. One speaker, Jean Martin of CEB (now part of Gartner), even managed to provide an example of how the two could be combined, describing a birthday party arranged by factory workers for their robot colleague.

Both of these topics need to be thought about. Firstly, whether you refer to Industry 4.0, the fourth industrial revolution or just “help! – a robot is stealing my job!”, technologies such as artificial intelligence, the internet of things and robotics are unquestionably transforming the workforce and taking over many jobs previously carried out by humans. It’s a tricky subject, and, as one speaker pointed out, all of the parties in the recent general election were deafeningly silent about it.

Estimates of how fast jobs are disappearing varied among the speakers, but none suggested it wasn’t happening. Charlie Mayfield, the chairman of John Lewis, gave a couple of specific examples, referring to a clothes sorting machine at John Lewis that allows a process to be carried out by 23 people rather than 160, and estimating that the proportion of transactions carried out at Waitrose self-checkouts would increase from 12% to 30% in the near future. During the conference, it was also suggested junior lawyers might be replaced by AI (although it was pointed out that this was a little problematic in terms of where senior lawyers came from), and that all jobs under a particular threshold would eventually disappear.

Charlie Mayfield himself had a moderately positive outlook on the changes, comparing them to “Engel’s Pause” – an allusion to the fact that living standards generally fell during the first few decades of the industrial revolution, but that they eventually began to increase dramatically, about twenty years after Marx and Engels had drawn up their manifesto. He also put forward the proposition that employers need to be addressing the issue of job losses with their staff now, rather than whispering in back rooms and waiting until the last moment. The John Lewis Partnership is already alerting employees to the looming changes and their possible consequences, encouraging them to take up training opportunities and try alternative jobs now. He pointed out that people are more resilient than you think, and also that they can do more than you (or they) think.

On happiness at work, there seemed to be a general consensus that having ping pong tables, an Xbox and free smoothies doesn’t really do the trick. In fact, most of the advice hinged on sensible things that your mother would approve of; get enough sleep, eat well, don’t sit still for too long. The good news is that long hours were universally condemned. Bruce Daisley of Twitter, who runs a podcast called Eat, Sleep, Work, Repeat about work culture, pointed out that short bursts of focused activity are rewarding as well as productive, and that a bit of office chat makes us all more creative.

There was a note of warning, however, from Dr Tomas Chamorro-Premuzic, professor of business psychology. Chief Happiness Officers, he pointed out, are for the few. Three billion of the four billion people working in the world have manual jobs, many of them in sweatshops, and that few worry about their spiritual well-being in the workplace. He also reminded us that however much a company focuses on employee wellbeing, its objective is to improve productivity and profit. And finally, in spite of all the money we spend on it, we’re actually doing a terrible job at making people happy because people inherently dislike corporate structures and everyone moans about their boss.

Regardless of Dr Chamorro-Premuzic’s controversial proposition (he suggested that a 3D printed boss might be the answer), happiness at work does matter. Being in the position of working in a Western economy where many hours are spent in an office, it deserves our attention and we should perhaps start with the little things. On a practical, day-to-day level, I’d love to know how to ensure that nobody ever spends more than an hour at a time at their desk. Should you set an alarm? Give people lots to drink so they have to go to the bathroom often? Force people to use the standing desk more than once a month? If anyone has found tricks that actually work, do let me know. Those ping pong bats are still in the cupboard.