F ourth Day had a big birthday this month.

It’s 18 years since the agency started and to mark the occasion we decided to delve into the archives and dig out a couple of classic snaps of the team from our journey into adulthood. Check out the fashion choices below…

Wind the clock back to the beginning and you’ll find Nikki and Xanthe joining forces in 2002. There were four of them at the time, and – with a lot of ringing journalists taking place – they often joked about being ‘four calling birds’ from the ‘Twelve days of Christmas’ carol.

From this, Fourth Day was born – and the birds have been an integral part of our identity ever since. 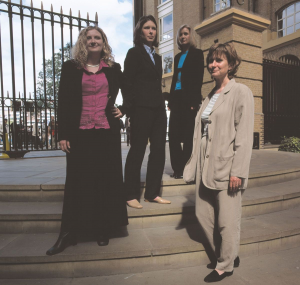 Fast forward four years and Nikki and Xanthe meet Parisian PR and fellow wine lover Antoine Billon at a client event. The three hit it off and before you know it, Fourth Day has crossed the English Channel to become Quatrieme Jour. 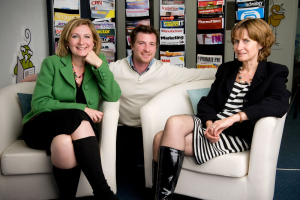 The northern technology scene was beginning to heat up; something big was stirring, and Fourth Day could feel it.

In 2011, Nikki and Lizzie decided to make the most of this new hub of innovation by heading up the M6 to set up the new Manchester office – and what a success it’s been!

Taking the meeting out of the boardroom (2013)

Each and every year, all offices from Fourth Day gather in an amazing place for a few days to sight-see, brainstorm and team-build. 2013’s offsite to Marrakesh was particularly memorable.

Here’s a snap of the team enjoying themselves – let’s hope no one got the hump afterwards! 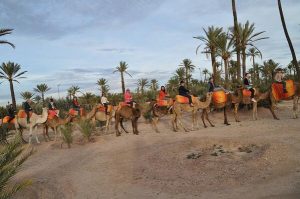 Byte Night is one of the biggest fundraising events for Action for Children, and in 2013, the event moved to the North West for the first time. As a charity which helps change the lives of vulnerable young people, we were keen to be a part of it and raise some money for this amazing cause.

So, on a chilly October evening, we all dusted off our sleeping bags and joined other businesses up and down the country to sleep out in the elements for one night. 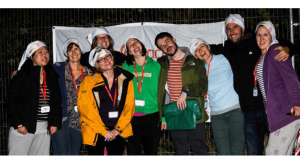 In the year 2015, we got creative. We decided to do something that would go above and beyond the traditional networking events by holding our own ‘mini-festival’, Dream Box, in the Metal Box Factory in Southwark.

With the foyer of the building transformed into a mystical scene from A Midsummer Night’s Dream, the evening included fauns on stilts, secret theatre in a golden caravan, circus acts and even a soulful jazz band!

We’re nothing if not a little bit extra. 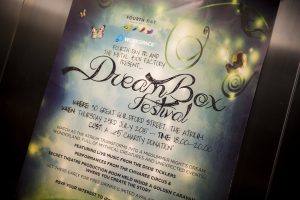 When packing their bags and donning their thermals for 2017’s annual offsite to Thingvellir National Park in Iceland, the team never expected to see one of the most spectacular sights there is – the Northern Lights.

And yet, just when everyone was indoors, ending the day with a few glasses of wine, someone spotted something glimmering through the window. The whole team rushed outside to find the sky filled with green light, transforming the snowy landscape. Manchester Director, Nikki, looks back on this moment as one she’ll always treasure. 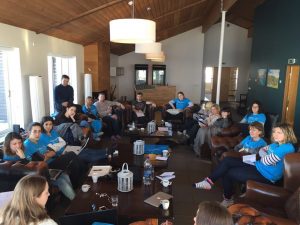 Our French office’s director has always been the type that loves a challenge and, in 2018, he outdid himself by climbing to the top of Mont Blanc – the mountain with the highest fatality rate in Europe.

He even managed to plant the Fourth Day flag at the top! 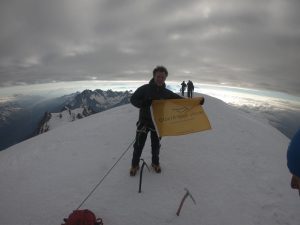 In early 2019 Danny was invited to appear on BBC Breakfast to speak about the future of retail and why the high street is heading for a gradual decline – he’s a natural in front of the camera, isn’t he? 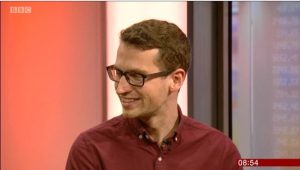 Recent years have seen huge expansion for the close-knit team at Fourth Day. In this short period of time, we’ve recruited on-the-ground employees in Casablanca, Berlin, Toronto and even the land down under!

While the team has grown and our geographical spread has widened, Fourth Day will always work as one unit to achieve the best results for ourselves and the fantastic organisations we work with.

We wouldn’t change a thing. Here’s to the next 18 years!