In France, it is different 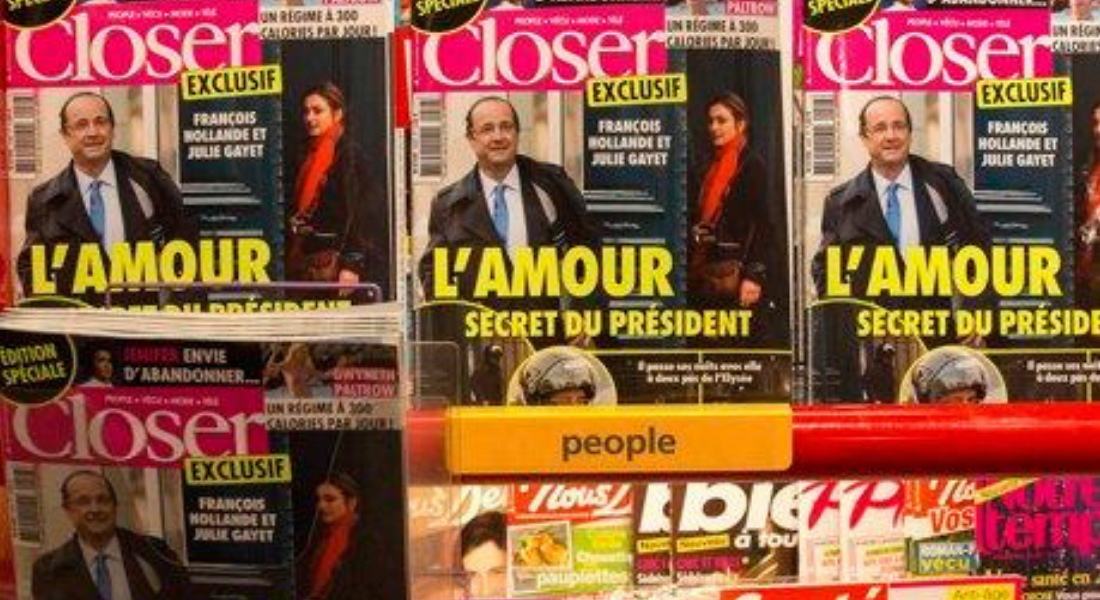 When I worked for an agency which had five offices in Europe, my colleague Sam frequently repeated the phrase; “never underestimate cultural differences.”  Keeping this fact in mind helped us to understand numerous inter-office tangles, from indignation caused by tone of voice in emails to etiquette in meetings.

I was reminded of this earlier this week when the British press were dumbfounded by the conduct of French journalists as they asked respectful questions of their president, François Hollande, at a press conference.  At the weekend, Closer magazine revealed details of clandestine visits paid by M. Hollande, astride a small scooter, to his alleged mistress. In the days that followed, the UK media looked forward eagerly to the inevitable hijacking of the President’s forthcoming press conference, at which he was due to present his economic proposals. “Plans to revive the French economy likely to be overshadowed by questions about president’s private life” said the Telegraph.  “Francois Hollande to face questions on alleged affair” warned the Independent.

Not so.  A single polite question about the status of the “First Lady,” Valerie Trierweiler, elicited an equally polite, if a little terse, response.  M. Hollande alluded to “epreuves” (trials) and “painful moments” in his private life, stated firmly that “les affaires privées se traitent en privé (private matters should be dealt with in private.)” This is not the time nor the place for such matters, he continued.  And that was that. Back to economics.

This has flummoxed the British media.  Yes, we all knew that the French media kept quiet about President Mitterand’s illegitimate child for decades, but we thought that was in the past.  Times have changed – all of the world’s media now write about gossip, don’t they?  “French press takes greater interest in Hollande’s politics than his sex life” said the Guardian in disbelief. “Hollande ducks question” said about a dozen papers.  “Francois Hollande promises tax cuts for French businesses” said the FT.  (Even the UK media had one exception.)

I asked our French team for their thoughts on the media coverage and of course it wasn’t quite as straightforward as it seems. “French journalists were also interested in the affair” said Sarah, one of my colleagues at Quatrième Jour.  “They still asked the question –they just coated it in honey.” She pointed out that the French media is just as capable of writing salacious gossip as the British; the image of Hollande on a scooter has certainly provided a rich source of material for French cartoonists.

Our managing director in France, Antoine, explained that the weight of the occasion would have restrained the behaviour of the journalists at the press conference. “You have to understand that the press conference took place in the Elysée Palace, in the presence of the head of state and the government, and that it was a real honour for those journalists present to have been invited. It was almost a ceremonial event, and to breach the protocol would have been unthinkable.” I tried to imagine a press conference with the Queen, but couldn’t quite do it.

On the other hand, French politicians have traditionally held a very close relationship with the media. According to rumours,  the single question may well have been agreed in advance, allowing M. Hollande time to  issue a second statement just before he departs for a trip to the US in a couple of weeks.  Former presidents have traditionally gathered about them a privileged group of journalists; an inner circle who are privy to information as long as they play the game and do not report “irresponsibly.”

In spite of these contradictions, it is a fact that the right to a “vie privée” which is separate from a professional career is still considered permissible in France. Even to people who have dared to accept public office. To me, this seems to be a good thing and one that we might consider emulating here.  In the meantime, however, we shouldn’t be surprised that things are not necessarily done the same way in France. Vive la difference!